2 St. Pius Parishioners in Broomall Found Love Again, and Each Other 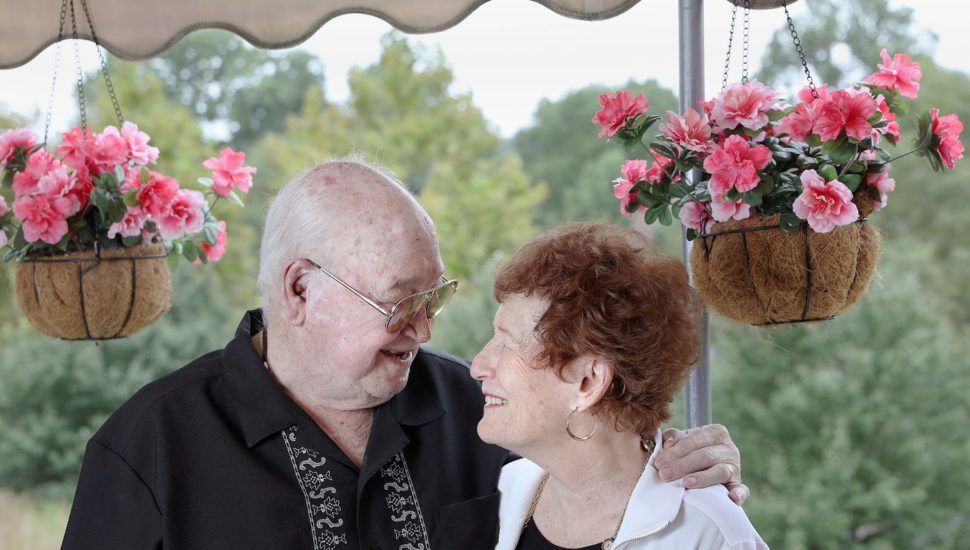 Gary Mooney (left) and his wife, Carmela Patterson-Mooney, at their Media home. Image via Tim Tai, The Philadelphia Inquirer.

Both widowed, these two St. Pius X parishioners found each other at the Broomall church and fell in love, writes Kellie Patrick Grates for The Philadelphia Inquirer.

At the end of Lent 2017, Gary worked up the courage to ask Carmella to lunch.

“You could tell there was a chemistry,” Gary said.

“I guess I wanted more, because the next time he asked me out, I said yes right away,” said Carmela.

Carmela, now 79, grew up in West Philadelphia. She married Barry at age 20. They had a wonderful marriage, five children, 13 grandchildren and seven great-grandkids.

Barry passed in the summer of 2012 from complications of diabetes.

Gary, 82, of West Philadelphia and Upper Darby, had married Joan at 22. They had a wonderful marriage, two children and six grandchildren.

Joan died while being treated for brain cancer in 2014.

They both built new lives. Then they met each other.

Gary and Carmella’s courtship culminated in a Valentine’s Day 2020 wedding in Morton.

Now, limited by COVID-19, they are just grateful they have more time to listen to each other’s stories.

For This Happy Couple, Music Was the Food of Love

Love at First Sight! Springfield Couple Who Met on First Day of College Has Wedding of Their Dreams