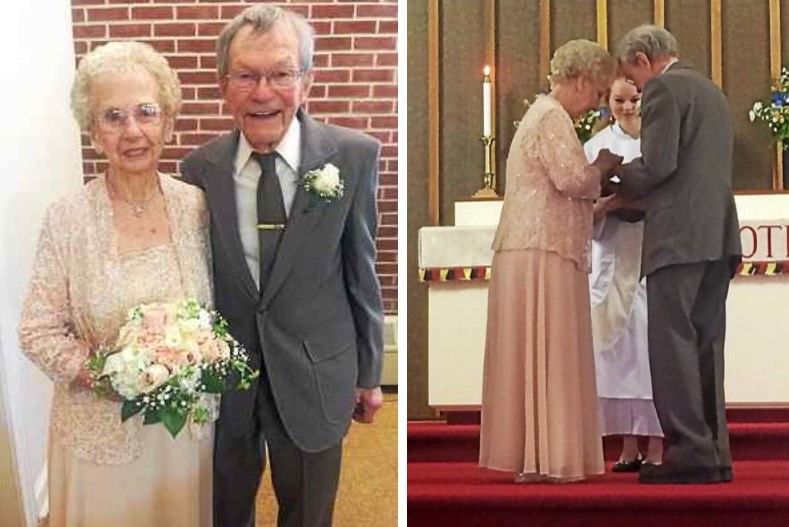 The young-at-heart couple met at the Brookhaven chapter of the American Association of Retired People. Two years ago, the former Sunoco engineer took the former office manager to see a performance of The Music Man, and their theater trips soon became a regular occurrence.

In August, the couple went to the Candlelight Theatre in Delaware, where Hosler proposed. Both of the newlyweds have previously been married, but their spouses had passed away.

“When I see the way Peter looks at Vera, it’s like any 25-year-old looking at his bride,” said the Rev. Julia Singleton, pastor of Christ United Methodist, where the wedding took place.

The happy couple will be heading out for their honeymoon in January.

Read more about the happy couple in the Daily Times by clicking here.