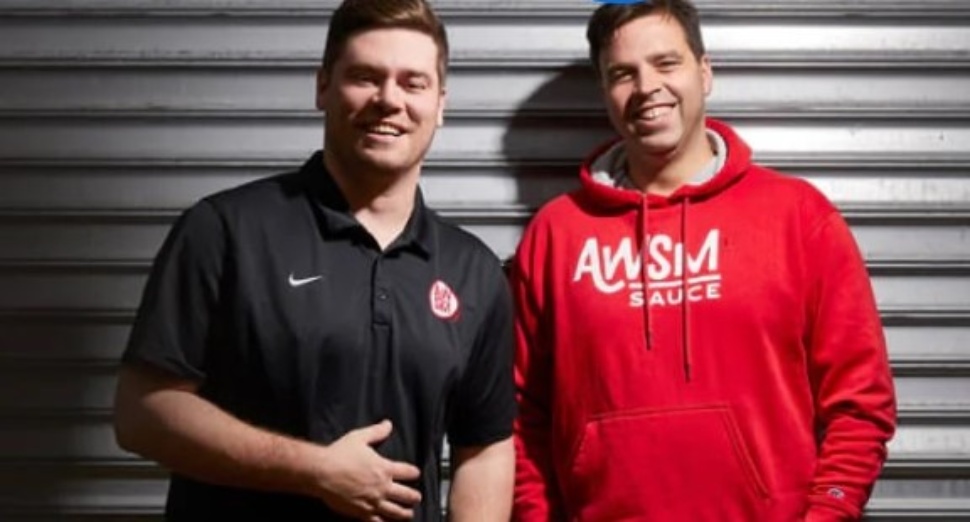 Ketchup, mustard, barbecue sauce, etc. should be used as needed, not kept in large half-used bottles in the refrigerator that are eventually thrown away, writes Jenn Ladd for The Philadelphia Inquirer.

They’ve created a new product line of AWSM Sauces.  You just pour a packet of AWSM Sauce into a jar of water and shake. The end product is 5 ounces of fresh Ketchup, honey hickory barbecue, or Chesapeake fire sauce.

They hit upon the idea when they got to grilling during the pandemic.  They were hitting the barbecue sauce hard, piling up empty squeeze bottles in their recycling.

They thought: Maybe take the water out of the sauce?

They tinkered in Lehmann’s garage January 2021 to June, and AWSM Sauce was born, with favorite sauces distilled into powder form. The packets last two months in the refrigerator.

Lehmann and Starkey are working full time now on their product and have raised $760,000 in funding to develop more sauce recipes.

They are also working with a Warminister manufacturer and they’ve sent out 30,000 sample kits since they launched last May.

Read more at The Philadelphia Inquirer about these two sauce innovators.

This video shows you how to make your own condiments.

Question: How Do the Products You Use Every Day Get into Their Containers? Answer: Exton-Based All-Fill

As a Pioneer in Glass Recycling, Company Doubles Its Operations in Eddystone