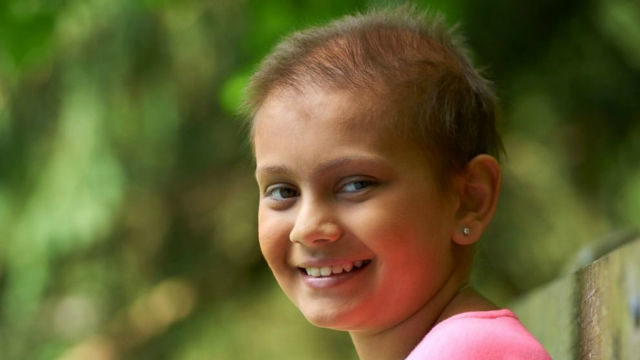 It may be a spoonful of silliness to many people, but social media’s viral Mustard Challenge represents the bitter pill too many children have to swallow.

Some of the toxic drugs used to treat pediatric cancer patients “were derived from the same chemicals as mustard gas,” according to an ABC News report by Jason Boyd.

“As a mom, when I found that out, I couldn’t sleep that night, and still, it makes me so angry and sad,” said Amy Summy of Edgmont. “We’re putting those same compounds in people and children.”

With every spoonful of support from the Mustard Challenge, Edgmont’s nonprofit No More Kids With Cancer is helping to fund research for more effective, non-toxic cancer treatments.

And it’s honoring the memory of Naya Summy, who died from brain cancer in 2014 at the age of 11.

“She was a wise-beyond-her-years kid who was also very compassionate,” said The Children’s Hospital of Philadelphia’s Dr. Michael Fisher. “She was really wanting to raise money early on, not necessarily to help herself but to help other kids with cancer.”

Read more of Summy’s story and the Mustard Challenge on ABC News here.