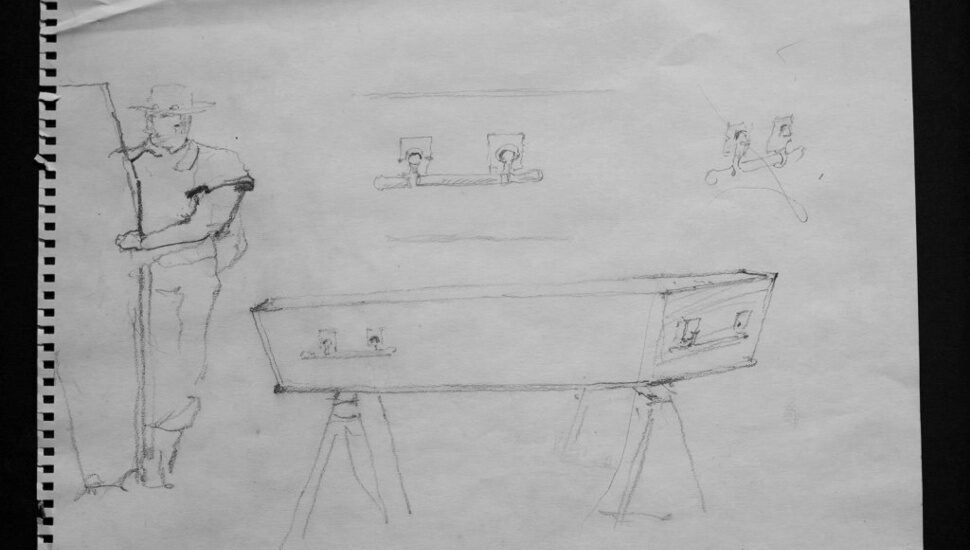 A collection known as the Funeral Group drawings from Andrew Wyeth contemplating his own funeral, discovered by his son, are now on display at the Colby College Museum of Art in Maine, writes Bob Keys for Colby.edu.

Wyeth had used their attic for an occasional studio. In the early 1990s, he created a series of pencil drawings imagining his own funeral, depicting the faces of those who came to mourn him.

Jamie Wyeth, unaware of the drawings, was stunned.

“Death had always intrigued him, and it terrified him, as all of us,” Jamie Wyeth said. “It’s a major part of life.”

The themes of death and mortality were more prominent after Andrew Wyeth’s father, N.C. Wyeth, was killed when his car was hit by a train at Kuerner’s Hill in Chadds Ford in 1945.

The discovery of the drawings has led to an exhibition at Colby, “Andrew Wyeth: Life and Death.” It is running through Oct. 16.

This will be the first time the drawings, known as the Funeral Group, will be shown.

Here is a lecture on the exhibit currently at Colby College: Andrew Wyeth, Life and Death.