NC Wyeth Washington Painting for Sale by College Amid Protest 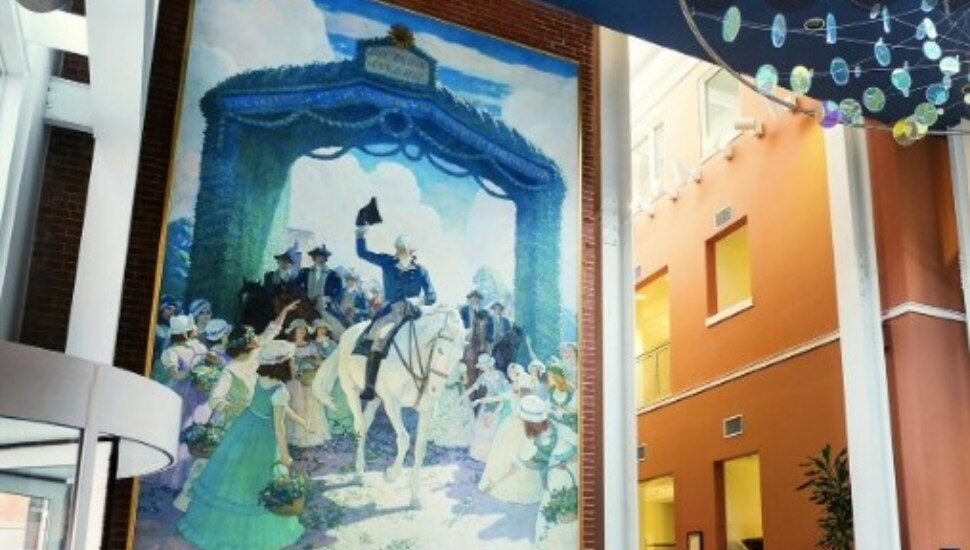 A decision by Thomas Edison State University in New Jersey to sell the NC Wyeth’s famous painting of George Washington’s visit to Trenton in 1789 has generated protest from the Trenton Historical Society, writes Isaac Avilucea for The Trentonian.

The painting was gifted to the university by Wells Fargo in 2019 on the condition they hold on to it for at least three years.

Now university officials say that moratorium is over and they plan to sell the painting to the highest bidder.

Proceeds would be used for an “exciting new initiative for the City of Trenton very soon,” according to the college’s board of trustees.

N. Wyeth’s mural is based on an April 25, 1789 article in the Columbian Magazine that described Washington’s entrance into Trenton. It was painted at his Chadds Ford studio.

“It’s priceless. We’re hoping other people that are in government above the college would take note of what they’re doing and say, ‘You can’t do that,’” said Karl Flesch, vice president of the Trenton Historical Society.

Trenton Mayor Reed Gusciora would like the see the painting find a home at the New Jersey State Museum or the Statehouse.

Read more at The rentonian about the sale of this iconic NC Wyeth painting.