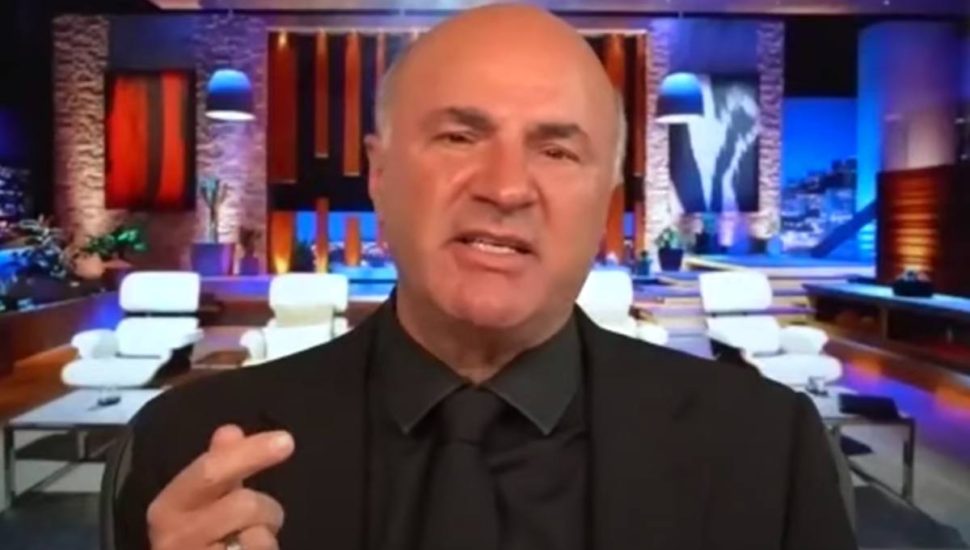 Kevin O'Leary had several compliments for Newtown Square's LifeBrand during the StartEngine pitch competition. Image via screenshot from technical.ly.com.

LifeBrand competed with four other startup finalists from more than 1,000 companies  in a competition hosted by the investment company StartEngine.

The company uses AI and machine learning technology to find and identify harmful posts that may have been shared on social media platforms.

With the B2B and B2C service, an individual can run an audit to see how many potentially harmful posts they have shared.

“When we were first entering, just thinking about hearing [O’Leary] say our company’s name was going to be great, I thought, even if he’s bashing us,” said Founder and CEO Thomas Colaiezzi. “But the fact that we then won, and that he had glowing things to say about us, that was great.”

O’Leary ultimately chose LifeBrand  because Colaiezzi explained what the company does in 90 seconds, why he was the right person to execute the business plan and how they beat out competitors.

Colaiezzi said he’s received inquiries for possible investment and from those interested in becoming clients.

Benefits and Barriers to Social Media for Small and Mid-Size Businesses: Policies and Protocols

Thanks to Social Media, Locals Flood Ridley Pizza Shop to Help Out Owner

TechnologyTech Tips With Margaret: After the Pandemic How Will Offices Be Changing to Accommodate Hybrid Work?May 3, 2021