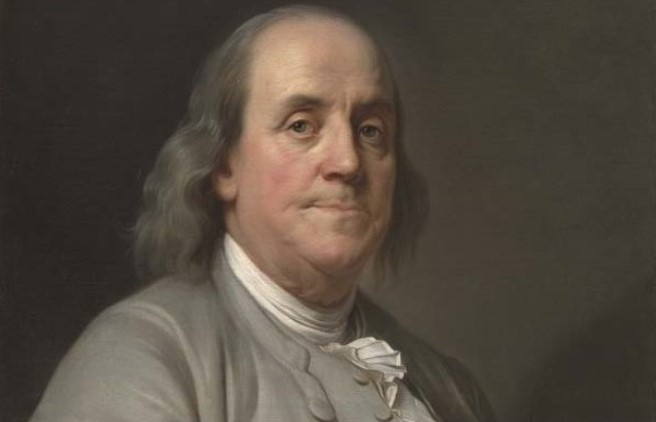 Image of Benjamin Franklin via Wikipedia.

Benjamin Franklin’s apology printed on June 10, 1731 in his Pennsylvania Gazette was a precursor to today’s fight over lies and hate on social media, writes Isaac Stanley-Becker for The Washington Post.

On the front page, Franklin responded to criticism over him publishing an offending advertisement. Franklin upheld the right of the printed word to offend, but also urged forbearance and set clear standards for material he would not tolerate.

In the guise of apologizing, Franklin set out publishing principles that presented the media as a neutral platform. His first principle was simple, “So many Men, so many Minds.” This stated that most of what was printed was opinion, and subject to disagreement.

But he had faith that truth would win out if it was given a fair chance to compete.

“Printers do continually discourage the Printing of great Numbers of bad things, and stifle them in the Birth,” wrote Franklin.

Get Ready for Thanksgiving Week Travel Crowds, They’re Going to be Big