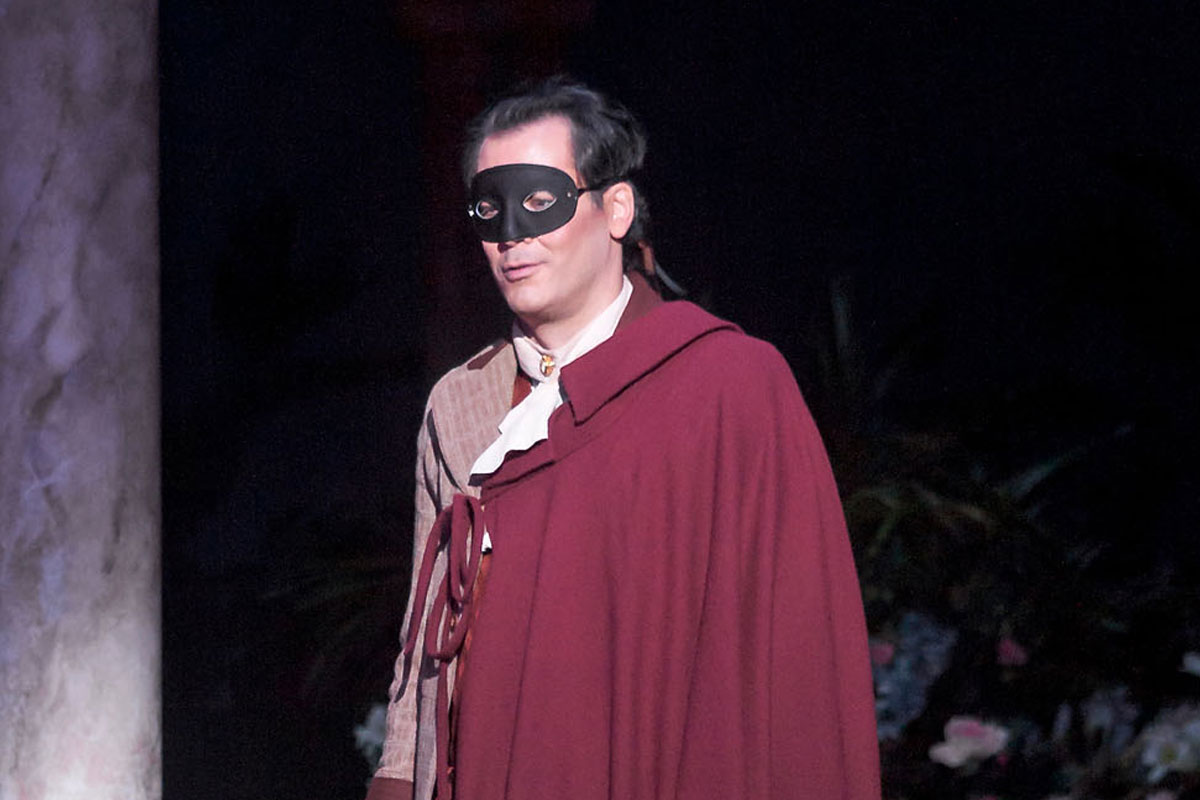 Havertown native Ben Wager is no stranger to the opera stage but he’s found it an interesting challenge to appear as Farfarello in the Philadelphia Opera Company’s premiere, “The Love for Three Oranges,” writes Ruth Rovner for the Daily Local.

The Prokofiev comic opera is rarely performed in the U.S. It is part of Opera Philadelphia’s 019 Festival and runs through Sept. 29.

The fairy tale love story is about a young prince cursed by a witch and forced to voyage into distant lands in search of three oranges, each of which contains a princess.

He describes his character, Farfarello, as more mischievous than evil.

“He’s having fun at people’s expense, but he’s not out to inflict harm.”

It’s not a major role — he’s only in one scene — but it’s still quite a challenge.

There’s comedic timing and the fact he has to make the most of his one scene.

“You only have so many opportunities to create this character,“ said Wager. “So you really try to make every line as interesting as you can. And you want to create irony. Everything he says is sarcastic and you want to convey that.”