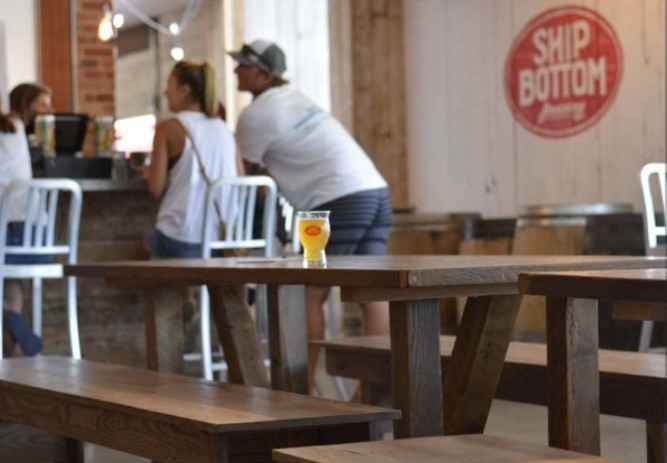 A new Delaware County-area outlet for Wallingford’s Ship Bottom Brewery is on tap for this year, as the growing business is expanding close to home after thriving on the Jersey Shore.

Ship Bottom is shopping for a new taproom site of 1,500 to 2,000 square feet that it expects to open by Oct. 31, according to a Philadelphia Business Journal report by Kenneth Hilario.

“The beach goes dormant (after the summer season),” said Founder Robert Zarko. “We want to do something cool, and we want to open this year. It’s important to the business model to get it opened.”

Among others, competition-heavy Media is on Ship Bottom’s radar.

“The idea would be to have a food cart with different chefs coming in with different styles of food,” Zarko said. “We want to keep everything local.”

Ship Bottom is also in pursuit of another new production facility with up to 10,000 square feet that will help take its beer production capacity from 7.5 barrels to 60. But that will have to wait until after the new taproom is set up.