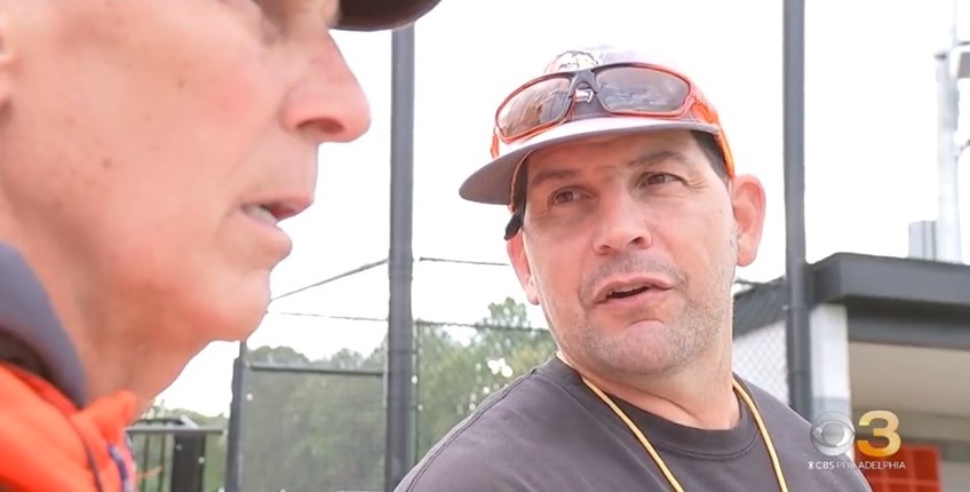 There’s a father-son coaching team, Harry and Chris Gicking, at Marple Newtown High School that is quite the dynamic duo, reports the CBS3 staff.

Under their guidance, Marple Newtown has had a 4-0 start.

The team has worked hard for their success.

“We put in a lot of work over the summer,” senior lineman Josh Tiger-Wesley said. “We’ve had a lot of guys in the gym and we just kept working every day.”

The father-son thing does bring a unique energy to Marple Newtown’s coaching approach.

“He’s good to yell at me at least once a practice about three or four times during a game,” Chris said. “It’s usually the same message about a few things. You know, old-school dad. So it’s great having him as part of the staff.”

Harry’s been a coach and teacher for 35 years at Conestoga High School.  He’s very proud of his son.

“It takes hard work and he loves it. And he loves the players. I’m just happy at my age that I can still coach and coach with my son. It doesn’t happen often.”

Read more at CBS3 about this father-son coaching team.

Broomall Twins Were Raised on Curling. Now They're Champions