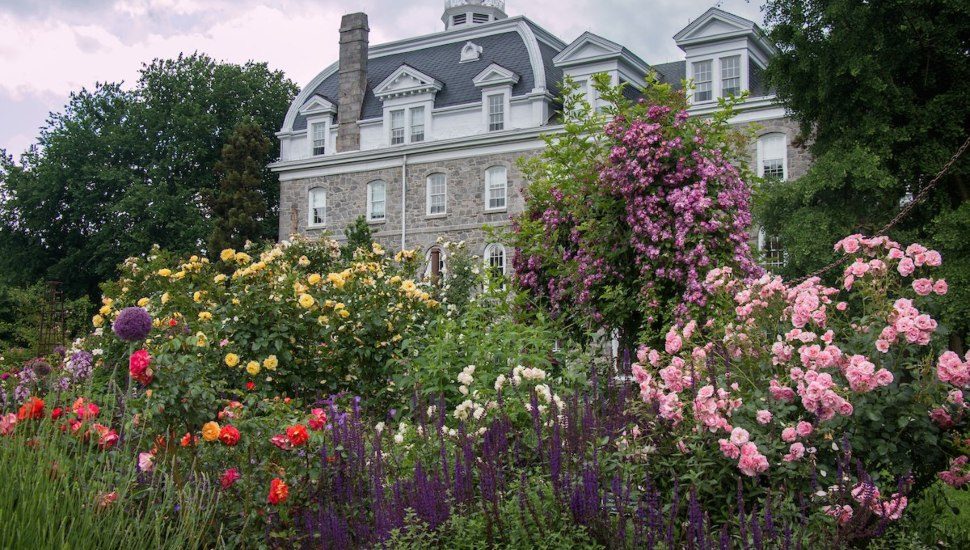 As one of the nation’s older communities, Delaware County hosts unique and historic buildings, many of them found at places like Swarthmore College.

One is the stately Parrish Hall that was once the only building at Swarthmore College. Dormitories, classrooms, and the library, writes Stefanie Waldek for architecturaldigest.com.

The campus is also home to the Scott Arboretum with gardens stretched throughout the campus.

Swarthmore College came in 7th on a national list of the 50 most beautiful college campuses in America by Architectural Digest.

The college’s oldest building, Parrish Hall was built in 1869. It was destroyed in an 1881 fire and rebuilt.

Today, it houses Admissions, the Dean’s Office, the Post Office, and the President’s Office on the first two floors with residence hall rooms above.

College campuses are made up of multiple buildings, making them architectural gems, Waldek writes.

U.S. colleges built in the late 19th and early 20th centuries were often part of the Collegiate Gothic movement, giving a unified style to campuses.  It drew its design from historic English buildings, but also Federal, neoclassical and Romanesque movements.

Read architecturaldigest.com to see the entire list of selected colleges.

This Delco College Made an International List of Beautiful Campuses

What's So Great About Living in Swarthmore? Read on

Elite College Acceptance Rates Are Historically Low, Including at This Delco School