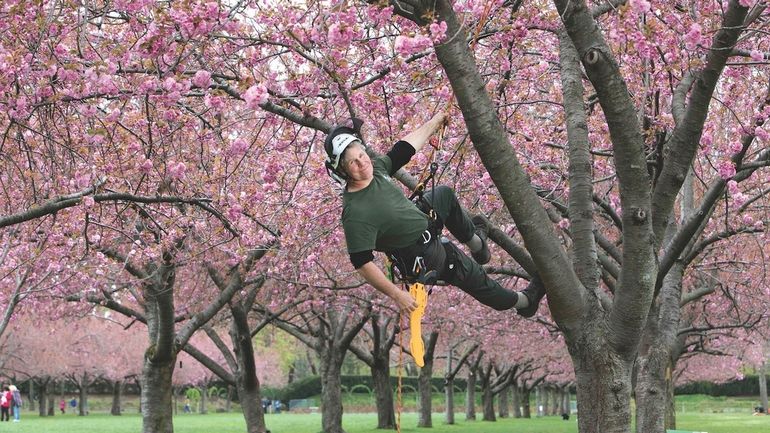 After rooting himself in the Longwood Gardens Horticulture Program and pruning his expertise at Swarthmore College, Chris Roddick is now a senior arborist at the Brooklyn Botanic Garden. Image of Roddick via Crain's New York Business.

He established his arborist roots in the fertile soil of the Longwood Gardens Horticulture Program and pruned his expertise with hands-on work at Swarthmore College’s Scott Arboretum, and now Chris Roddick is the grounds foreman and senior arborist at the Brooklyn Botanic Garden.

“It was supposed to be a summer job,” Roddick said of his tenure at Swarthmore College in a Crain’s New York Business report by Hilary Potkewitz, “but they never told me to leave.”

In his 52 years of life, Roddick has not only conquered the competition for such an elite arborist job but also an early fear of heights.

At the Brooklyn Botanic Garden, he tends trees that reach up to 100 feet.

Read more about Roddick’s early life and his ascent as an arborist in Crain’s New York Business here.