From Mutual Grief, Jeff and Lisa Found a Deeper Love for Each Other 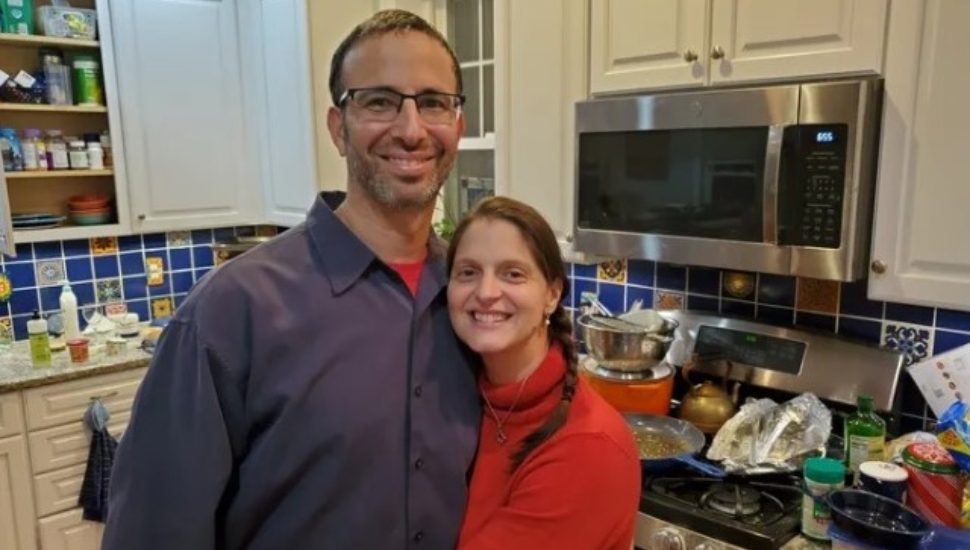 Image via the couple.

Jeff and Lisa Gelman made a connection in college when they discovered they had both lost their parents; Jeff’s parents died in a car accident when he was 14.  Lisa lost her father to non-Hodgkin’s lymphoma, writes Kellie Patrick Gates for The Philadelphia Inquirer.

Following their death, Jeff eventually settled in with his mother’s cousins in Wayne, all the time staying friends with Lisa.

Lisa liked that Jeff was honest, sensitive, “somebody you could really talk to.

Jeff had an intuitive feeling about her, that “she was this incredible person I wanted to get to know better.”

The couple had four sons and Jeff became a stay-at-home dad and freelance writer, then a journalism teacher at Woodlyne School.

Lisa left a teaching career to stay home full-time. She is now a part-time bookkeeper.

He returned to their Media home in August and hopes to return to the classroom.

Read more at The Philadelphia Inquirer about Jeff and Lisa.

2 St. Pius Parishioners in Broomall Found Love Again, and Each Other

More Women with College Degrees Marrying Men Without Them