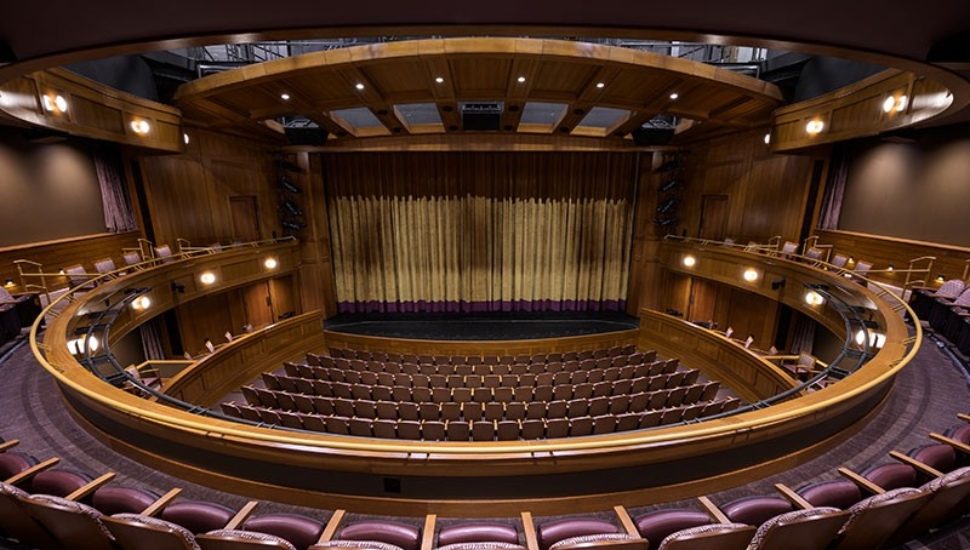 Work on The John and Joan Mullen Center for the Performing Arts finished earlier this year.

It’s closed now because of COVID-19.

The Mullen Center has a 200-seat black-box theater. It has a 75-seat Performance Lab.

There are classrooms, rehearsal studios and support spaces on its upper floors.

There is a stately shared lobby with full height windows and custom chandeliers.

Its largest venue is the 400-seat proscenium theater.

The Philadelphia firm Voith and Mactavish Architects (VMA) were the Architects of record.

The new performance venue is part of a $65 million campus improvement campaign began in 2017.

“What a transformative m oment it is for an institution like Villanova to now have a flagship building that’s probably the best theater on the Main Line,” said Daniela Holt Voith, founding principal of VMA.

VillanovaVillanova University Looks at How to Sustain Its Campus in the Next DecadeNovember 19, 2020

CommerceVillanova Students Know Where All the Best Brunch Spots Are on the Main LineNovember 11, 2020