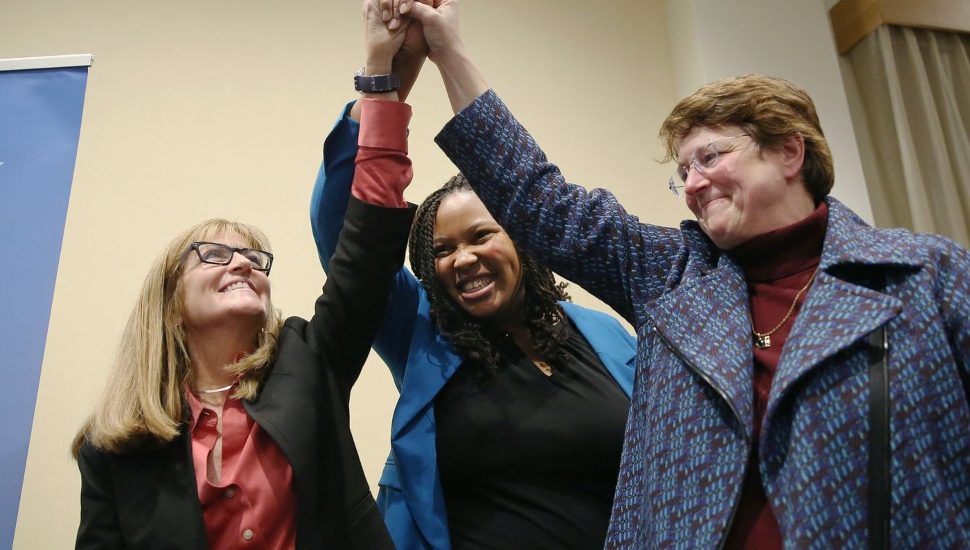 Now that Democrats have become the party of power in Delaware County, they’re trying to figure out who they are, writes Andrew Seidman for The Philadelphia Inquirer.

The upcoming May 18 Primary could be a test for the party’s direction. Does it want to be progressive and reform-oriented?

Does transactional politics work, where party loyalty is rewarded?

Democrats are “in a transition phase where we can no longer be about what we are against. We really have to define what we’re for,” said County Councilmember Christine Reuther.

One test case for the party’s direction could be the race for Common Pleas Court. Three candidates have a shot at two vacancies.

Tinu Moss has the support of progressives. Deborah Krull is a sitting district judge. Raymond Santarelli represents the old Democratic guard as a longtime Springfield Democratic chairman and party loyalist.

Regardless, many Democrats now feel they’re in the game.

Demographic changed in Delaware County, making it more Democratic-friendly. Similar to other Philadelphia suburbs, the county is more racially diverse. The people here are also younger and better educated.

State Rep. Leanne Kreager, who won a special election in 2015, feels the Democratic Primary, with its multiple candidates, is here to stay.

Democratic energy is strong, she says, and there’s no longer anyone in a backroom deciding who’s going to run.

Read more at The Philadelphia Inquirer about the change world of Democratic politics.

CommerceDelco Dems Take County Council to Facebook as They Get Their Agenda GoingJanuary 11, 2020