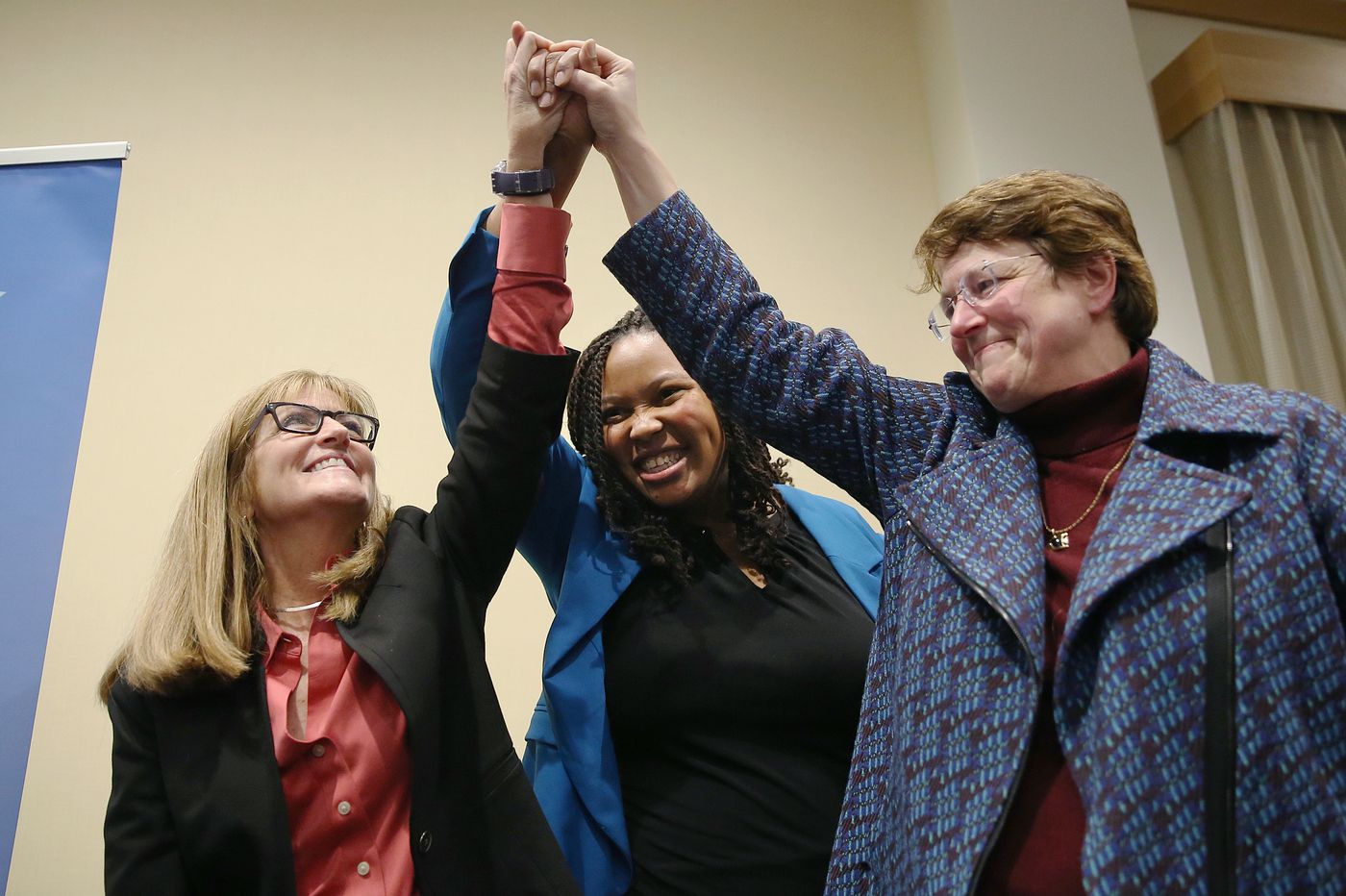 : Democrats (from left) Elaine Paul Schaefer, Monica Taylor, and Christine Reuther celebrate their sweep of the three open seats on the Delaware County Council. Image via Emily Cohen for WHYY.

For the first time since the Civil War, Democrats are sitting at the head of Delaware County’s government, writes Dana Bate and Laura Benshoff for WHYY.

Voters made history this past Election Day when they voted in three Democrats to county council, adding to the two already seated, shutting out the Republicans.

“This is a clean sweep,” said Colleen Guiney, chair of the Delaware County Democratic Party.

The Democrats campaigned on a platform of transparency and change, vowing to bring an end to 150 years of one-party rule in the county.

Voted in were Democrats Elaine Schaefer, Monica Taylor and Christine Reuther.  They join incumbent Democrats Kevin Madden and Brian Zidek elected two years ago. Both have two years left on their terms.

The election outcome follows on voter registration changes in the county, which has steadily shifted in favor of Democrats.

In November 2002, there were 104,000 more registered Republicans than Democrats. By 2009, that lead had narrowed to only 13,500. Democrats took the lead for the first time in 2013, and outnumbered Republicans in Delaware County by 33,000 at the end of October, according to the Pennsylvania Department of State.