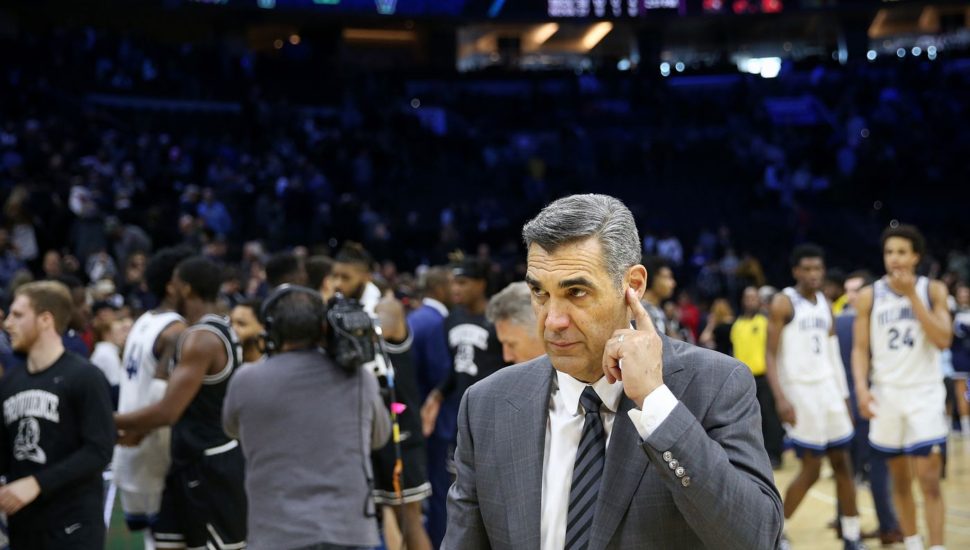 The impact of quarantine and positive COVID-19 test results for a few members of the Villanova basketball program does worry Villanova Wildcats coach Jay Wright, writes Joe Juliano for The Philadelphia Inquirer.

His team is considered a favorite for the Final Four next spring and it’s ranked No. 3 in the preseason.

But the team had to quarantine in September. That, plus cardiac testing, took his players away from practice for three weeks.

Wright said his players have stayed in their team bubble to be able to practice and play, sacrificing a typical college life.

He’s concerned about his players’ mental health this season but admires them for how mentally tough they’ve been dealing with the uncertainty.  That could make the difference, keeping them disciplined and focused.

Read more about the Villanova Wildcats at The Philadelphia Inquirer.