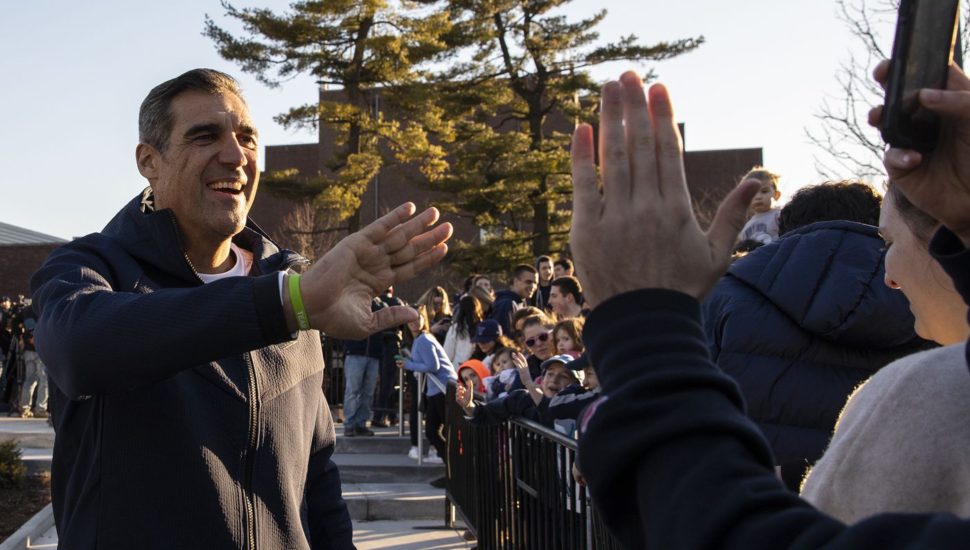 When Jay Wright got back after six weeks as assistant coach with USA Basketball at the FIBA World Cup in China, not much had changed with his Wildcats at Villanova, writes Joe Juliano for The Philadelphia Inquirer.

“Then I watched the team and they looked better and I’m thinking, ‘I’m really not that important,’ because our assistants have done a great job with them, and they’ve done a good job while I was away.”

Wright served on the Team USA staff in the World Cup with Gregg Popovich, the long-time head coach of the San Antonio Spurs, and NBA head coaches Steve Kerr of the Golden State Warriors and Lloyd Pierce of the Atlanta Hawks, a former 76ers assistant coach.

Wright called himself “the scrub coach … the college guy with the NBA guys” and said it was fun being an assistant coach again.

He took his newly-gained NBA knowledge back to the Main Line, in the areas of offensive execution and attention to detail.

Team USA did qualify for the 2020 Olympics in Tokyo, and Wright and the coaches will get to do it all over again next year.