Home Archive Fight Over Don Guanella Property to Continue into 2019

Fight Over Don Guanella Property to Continue into 2019 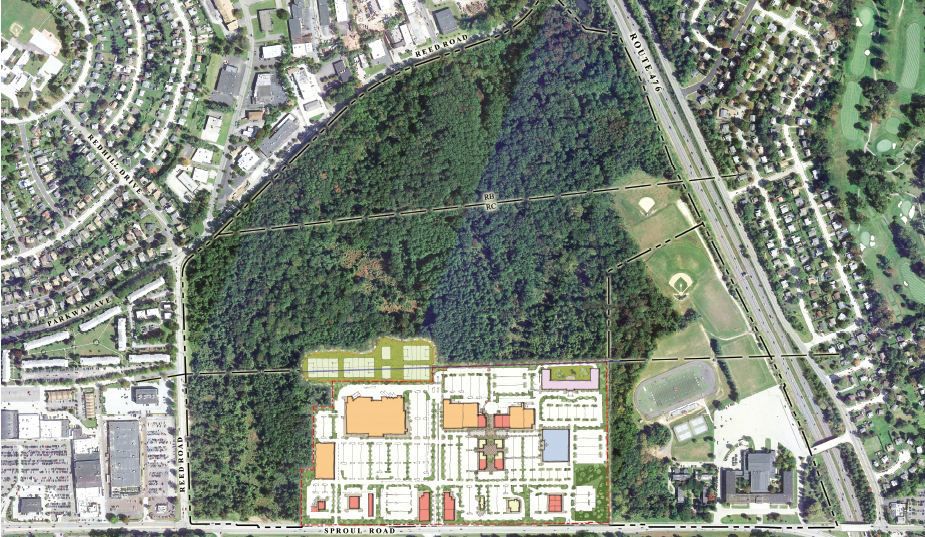 The fight over the future of the former Don Guanella Village in Marple is poised to continue into the New Year, writes Kevin Tustin for Delco News Network.

The battle over the Sproul Road Developers’ proposed mixed-use development called Town Center at Marple Preserve began this year. It would provide retail spaces, a senior living residence, community soccer fields and other amenities on 47 acres of the 213-acre property and preserve the rest as open space.

While that is the developer’s preferred plan, a by-right plan called Residences at Marple Preserve that already conforms to current zoning is also in play. It would include around 230 single and twin housing units and several institutionally-approved buildings while preserving 76 acres of open space.

However, both plans are meeting resistance from the community group Save Marple Greenspace.

Meanwhile, the developer claims the Marple Board of Commissionaires is not engaged in the process, and the archdiocese is appealing the county board of assessment decision over the land’s fair value.

With so many pieces in play, the future of the Don Guanella property remains uncertain going into the New Year.

Read more about the issue at Delco News Network by clicking here.