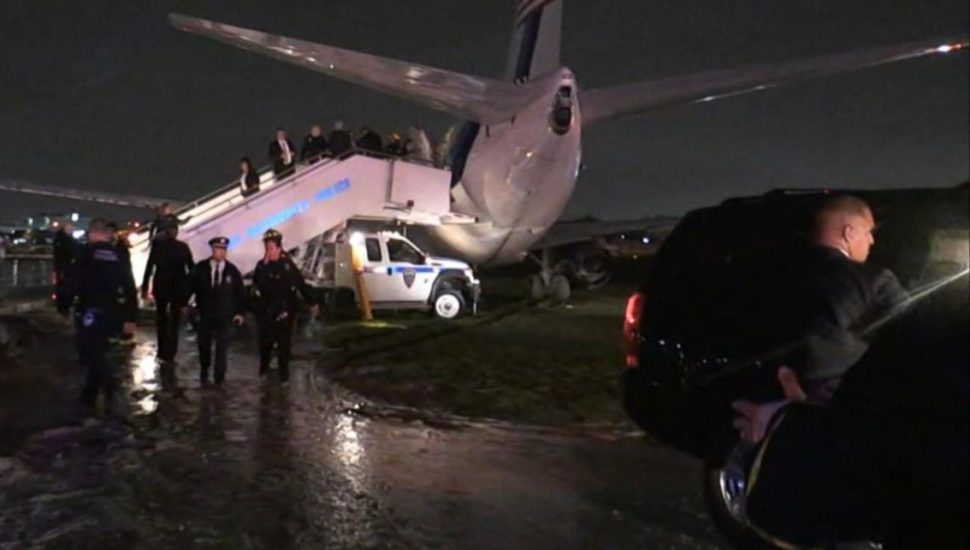 What could have been an American tragedy still made national news, though ever so briefly.

Vice President-Elect Mike Pence was recently saved from a “potentially catastrophic” fate when his chartered flight lost its brakes in the rain, and endured an emergency overrun at New York City’s LaGuardia Airport on Oct. 27.

The life-saving EMASMAX technology at the center of the accident was developed and manufactured by Zodiac Arresting Systems, the company that many Delaware County residents show up to work for in Aston.

EMASMAX (Engineered Material Arresting System) is a bed of lightweight cellular concrete that predictably deforms under the wheels of an aircraft’s weight, providing drag to safely stop the aircraft within airport boundaries.

Because of Zodiac’s product, Pence and family members, staffers, press corps, and 11 crew members walked off the airplane uninjured.

Zodiac asserts that its EMASMAX is the only engineered material arresting system that has safely stopped aircraft at commercial airports in actual emergency overrun events — so far saving a total of 293 passengers on 11 different occasions.

In Aston, Zodiac makes arresting systems for the military.