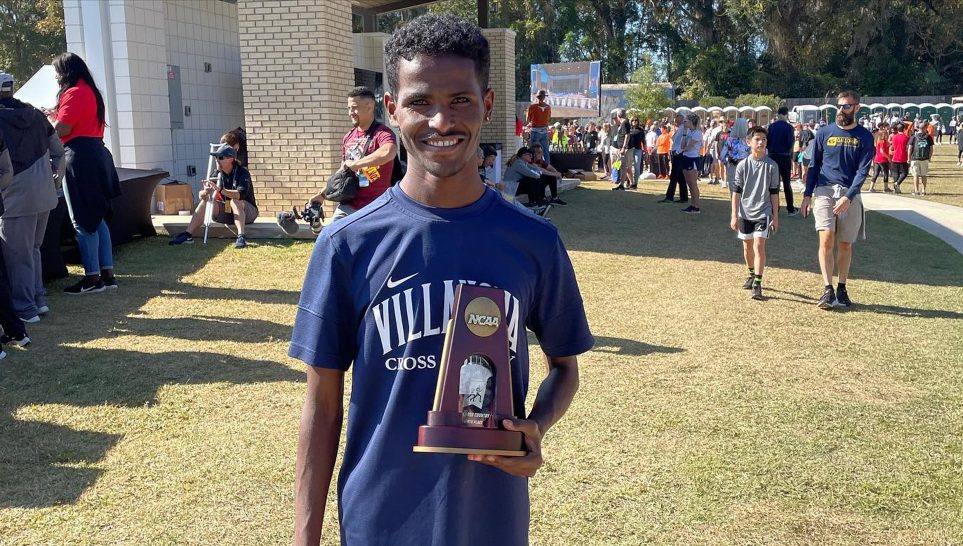 His grandmother knew the importance of education and it’s what kept Haftu Strintzos from a life as a shepherd, becoming instead an NCAA-All-American, writes Colin Beazley for The Philadelphia Inquirer.

Strintzos is a Villanova University graduate, a top distance runner for the Wildcats and one of the most successful cross-country runners in Villanova history.

He started out as an orphan at age 7 in the Tigray region of Ethiopia.

He didn’t have much growing up in Tigray, where two meals a day and shoes were a privilege.

Strintzos helped his family by farming and shepherding sheep, oxen and cattle. The high-altitude shepherding in tough terrain inadvertently trained him for distance running.

After his parents died, some in his family wanted him to leave school and focus on the farm, but his grandmother intervened.

An Australian named Maria adopted him and he moved to Melbourne, where he discovered distance running.

These days, Strintzos continues to draw strength from his family, both in Tigray and Australia.

“I’m in a position of privilege, the way I see it, of privilege and opportunity because I could be in a very different situation right now,” Strintzos said. “

Read more about Haftu Strintzos and his journey from Ethiopia to Villanova at The Philadelphia Inquirer.

Here’s a runner’s view of a cross-country race.