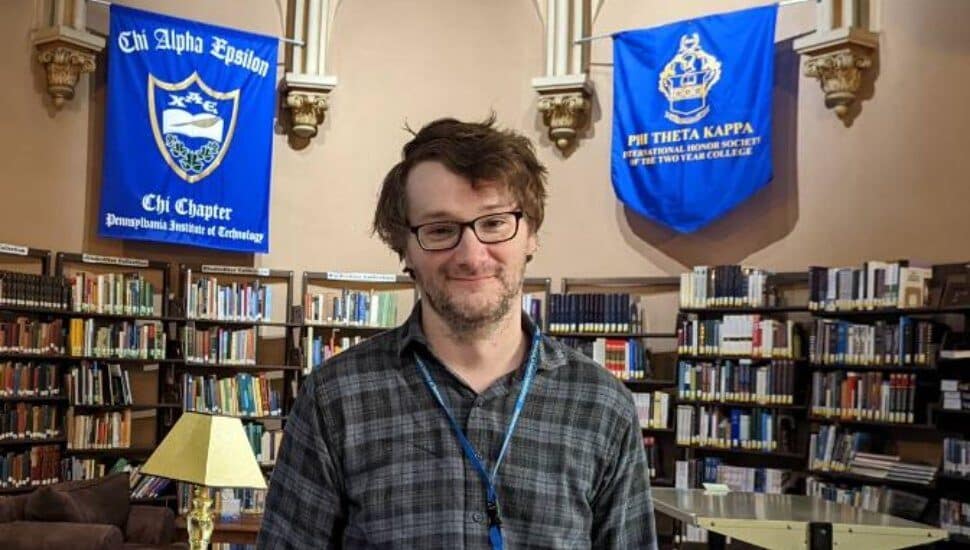 The Pennsylvania Institute of Technology in Media celebrated the grand reopening of its campus library on Nov. 17 at 800 Manchester Ave. as it welcomed its new library director Patrick Lyons to campus.

The changes to the library are happening just as P.I.T. prepares to celebrate its 70th anniversary in 2023.

As the new library director, Lyons brings over a decade of experience working at academic libraries.

Previously, he was a student worker at McDaniel College’s Hoover library and the reserves coordinator for the University of Maryland’s Health Sciences and Human Services Library.

He moved to Philadelphia in 2017 to start the Innovation Space maker space at Temple University’s Ginsburg Health Sciences Library.

Lyons is excited to be part of the Pennsylvania Institute of Technology. He looks forward to introducing new services like virtual reality empathy training, anatomy, and molecular biochemistry, as well as workshops on data visualization and VR.

The college has been around for nearly 70 years, helping transfer students earn degrees and specialized certificates.

The Middle-States-accredited college opened its first campus in 1953 in Upper Darby, then relocated in 1982 to its current 14-acre Rose Valley-Media campus.

P.I.T. received its Middle States accreditation in 1983, making it easier than ever for P.I.T. students to transfer their credits to a four-year college or university to complete a Bachelor’s degree.

From P.I.T.: Top 10 tips on how to study smarter, not longer

It's Giving Tuesday at PIT: Help a Student Find Success