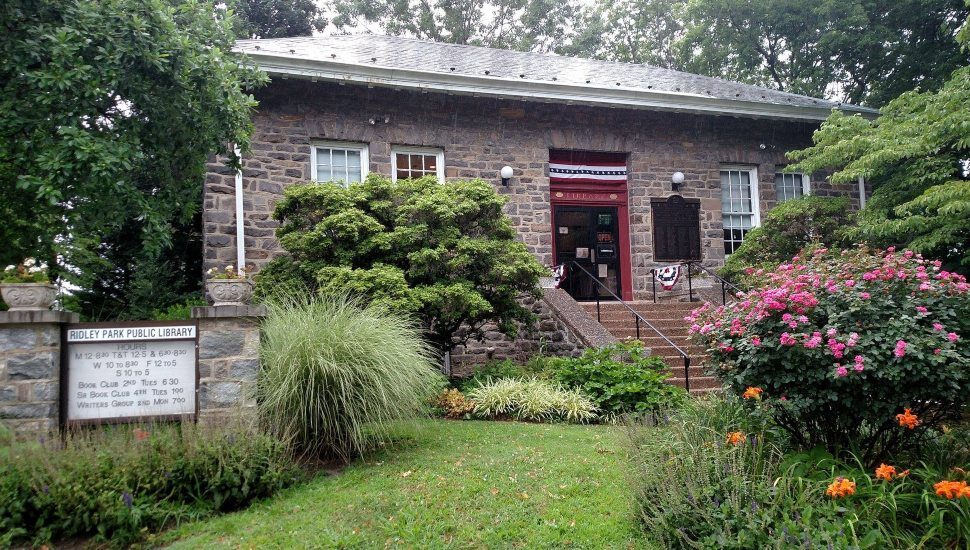 Edith “Edie” McFall, former Assistant Registar for the Pennsylvania Institute of Technology in Media from 1999 to 2018, is being honored posthumously by Delaware County Libraries on July 2.

McFall served as long-time board president at Ridley Park Library. She passed away in 2021.

As part of a 110th-anniversary event Saturday, Ridley Park Library is renaming its children’s library the Edith McFall Memorial Children’s Library in recognition of her years of service. A new sign will be posted over the children’s entrance on Cresswell Street.

“Although she may be gone, her presence continues to be felt at the library every day,”  states a library release.

Following the dedication, the library will have food, crafts, and entertainment for the children. The anniversary celebration takes place from 11 a.m. to 2 p.m.

Edith McFall, 81, of Ridley Park died Oct. 17, 2021 following a short illness, according to her obituary.

She worked as a reporter for United Press International in Harrisburg. Mrs. McFall was the only writer on duty the night of March 2, 1962 when Wilt Chamberlain scored 100 points for the Philadelphia Warriors in Harrisburg.

The story went out on the UPI wire written by a short Jewish “lady reporter” who had never seen a basketball game before.

Mrs. McFall worked as an editor at TV Guide and at Andrews Publications. She was an advocate for women at the Domestic Abuse Project of Delaware County, in addition to her work as a registrar at P.I.T.

She was a 50-year resident of Ridley Park. In addition to her P.I.T. and library work, she served as a panelist for the Youth Aid Panel program, was a member of the Delaware County Press Club and served as a Democratic committeewoman for Ridley Park Borough.

She was,an active member and volunteer of Congregation Ohev Shalom.

The Pennsylvania Institute of Technology in Media, founded in 1953, is a two-year accredited, private non-profit college offering an education for those looking for career development and advancement, college transfer opportunities, and personal growth.

Find out more about the Pennsylvania Institute of Technology.

Cannabis Helped Him Manage His Pain. Now He’s at P.I.T. to Learn How to  Help Others