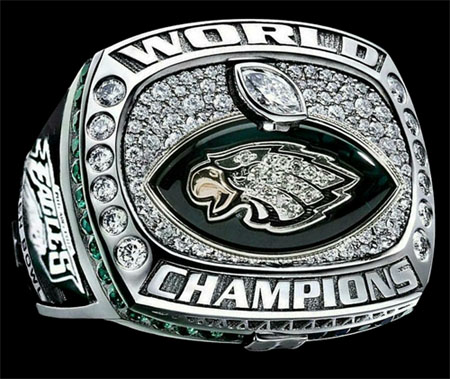 This morning, thats all that matters.

This night will be remembered for decades in Philadelphia, when old friends reminisce about where they were on Feb. 4, 2018, and parents tell their children about the moment the Eagles won their first Super Bowl. They’ll remember when Doug Pederson called the trick play at the goal line, when Zach Ertz dove into the end zone in the fourth quarter, when Brandon Graham stripped Tom Brady of the ball, and when the greatest dynasty in NFL history fell to an improbable champion from Philadelphia.

The Eagles won the Super Bowl. You can read that again. It’s not going away. The Eagles beat the Patriots, 41-33, at U.S. Bank Stadium to hoist the Lombardi Trophy for the first time in franchise history. A team with a backup quarterback and with players who wore underdog masks throughout the playoffs because they were never favored to win sent Brady and Bill Belichick home with a Super Bowl loss.

A backup quarterback playing like a Hall of Famer and a fearless coach digging deep into his bag of gadget-play tricks put a major, Super Bowl-size dent into the greatest dynasty in NFL history Sunday evening.

Tom Brady was at his legendary best for the New England Patriots. But it was the Philadelphia Eagles who emerged as the champions of a wildly entertaining Super Bowl LII, riding the passing of fill-in quarterback Nick Foles and the daring of Coach Doug Pederson to a pulsating 41-33 triumph at U.S. Bank Stadium.

“A lot of people counted us out,” Pederson said. “But that locker room believed in each other, believed in me.” 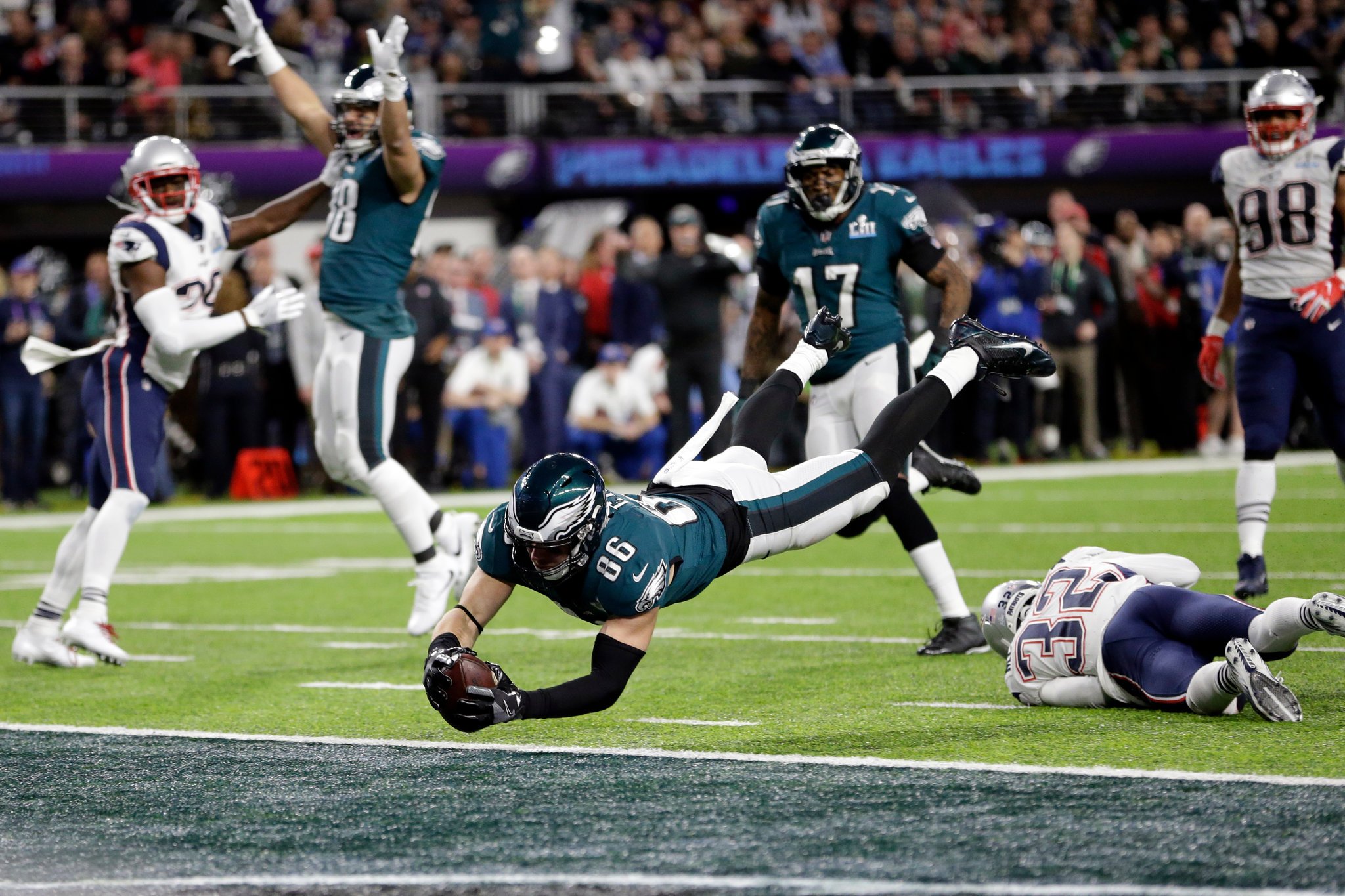 Philadelphia is a grand old city with a grand old football tradition defined not by trophies hoisted but the cocktail of emotions — nihilistic despair tinged with unfounded confidence — produced by its beloved Eagles coming so close, so many times.

Their last 57 years had passed without a championship. It was never Ron Jaworski’s turn or Randall Cunningham’s or Donovan McNabb’s. It was always something — always.

The paradigm shifted Sunday, when a backup quarterback who nearly retired two years ago and who hadn’t taken a snap with the first-team offense until two months ago delivered Philadelphia a Super Bowl title at the expense of the N.F.L.’s enduring dynasty. In a 41-33 victory, the Eagles outlasted the New England Patriots, and the most formidable quarterback-coach tandem in N.F.L. history, to secure their first championship since 1960.

Back then the Eagles also defeated an iconic coach and Hall of Fame quarterback, but that victory, against Green Bay, came early in the careers of Bart Starr and Vince Lombardi. The Eagles throttled Tom Brady and Bill Belichick in full bloom, with five Super Bowl victories between them in New England.

And finally, by Dan Shaughnessy, a sports columnist at the Boston Globe:

There was no incredible Patriots comeback this time. Tom Brady and Bill Belichick had the Patriots in position to shock the world once again, but on this night there was no crucial call overturned by video review, no Tuck Rule, no goofy decision from the rival sideline, no fanboy judge or league official to flip the script in favor of the Patriots in the final seconds.

Hard as it is to believe, the Patriots lost the Super Bowl Sunday night at U.S. Bank Stadium, and they lost to the better team. Philadelphia’s backup quarterback, Nick Foles, had the right stuff and second-year coach Doug Pederson outfoxed The Hoodie as the championship-starved Eagles won their first Super Bowl, a 41-33 pinball special against the mighty Patriots.

It was a thoroughly entertaining 60 minutes with a flurry of touchdown passes and unstoppable offenses. Brady — the greatest of all time — was still slinging at the finish and the game was not officially over until his final nearly 60-yard heave bounced off a bunch of hands and onto the Patriot logo in the end zone. For the first time in a long time, New England’s Hail Mary went unanswered.