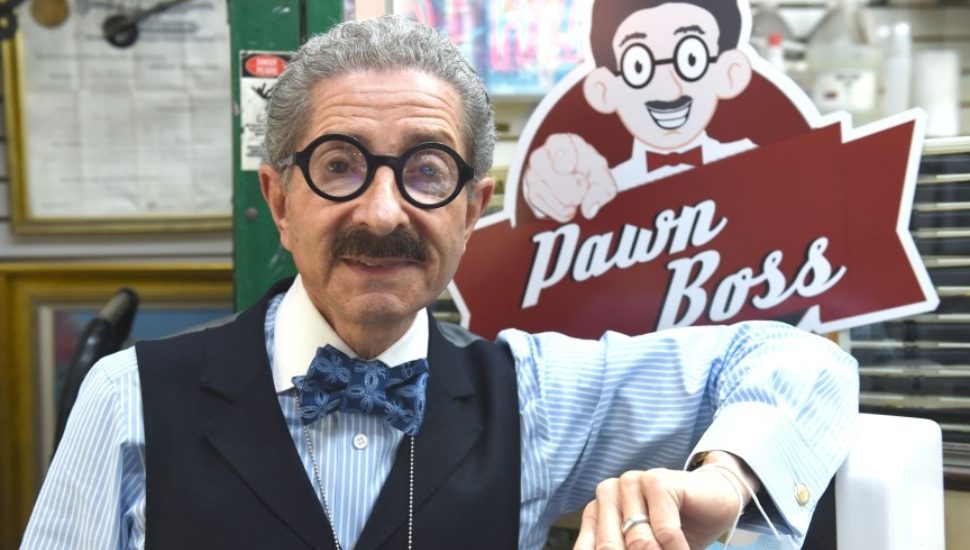 There’s a family-run business in Upper Darby’s 69th Street that’s been helping residents come up with some extra cash for 100 years, writes Pete Bannan for the Daily Times.

Lou’s Jewelry & Pawn is a block up from the Tower Theater. It’s now under second generation ownership by 72-year-old Stanton Myerson.

It’s one of the oldest in the United States run by the same family.

There’s usually a line of people when the shop opens, he says.

“It’s like a performer going on stage and they get an applause, that keeps you going,” Myerson said. “I love what I’m doing; I come in everyday like it is the first day.”

Myerson learned the business starting at age 5 from his father, who had his own pawn shop in Chester.

One of the more notable items in his store was a Super Bowl trophy.  Myerson said he got that when he paid off the legal fees of the owner, who got in hot water when he sold mock up trophies as the original.

He also has a chair the pope sat in when he visited Philadelphia.

There’s lots more, but you’ll have to visit the store.

Read more at the Daily Times about this 100-year-old pawn shop.

Enjoy this segment of Pawn Stars when negotiations get underway for a Soviet fighter jet.

Pros Rate This Local Antique Shop Among the World’s Best

Edgmont Store Glides Through 90 Years, Guided by One Family