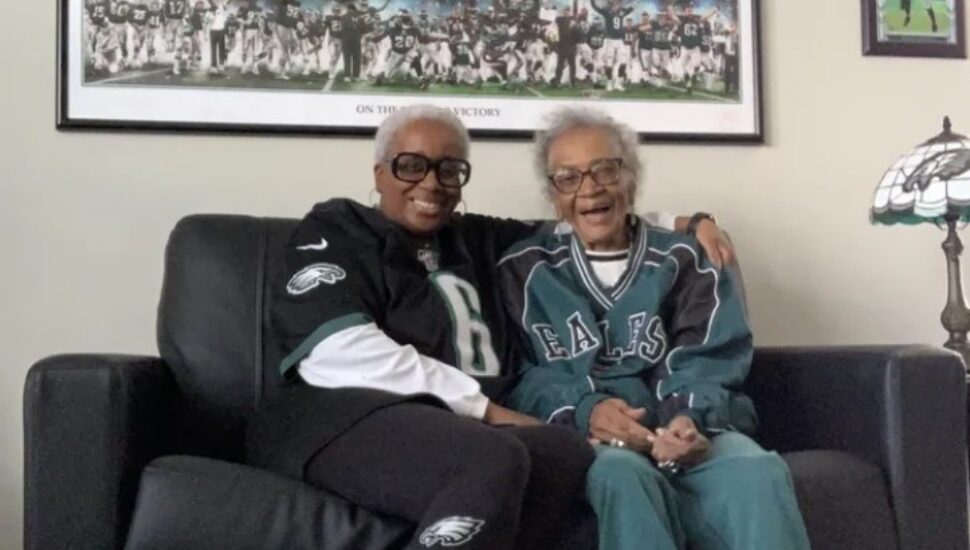 Marybelle Alston is a big Eagles fan and she’s got the dance moves to prove it.

Alston, 88, and her family live in Florida now, but the former longtime resident of Wayne never gave up her citizenship in Eagles Nation, writes Stephanie Farr for The Philadelphia Inquirer.

Now, a video of Alston dancing to Janet Jackson’s “All For You” wearing Eagles sweatpants has gone viral, with more than a million views.

It even got Janet Jackson’s attention.

Alston’s daughter, Danita Alston, 53, didn’t expect such a large response when she posted the video on Twitter Saturday.

She tagged Jackson in it, and wrote: “@JanetJackson⁩ in the effort to getting my 88-year-old mom tired and ready for bed, she dances to your song. Good luck to me.”

Jackson retweeted the video and wrote, “I luv it.”

“I just thought it would be fun to put it out there, I never imagined it would get to this extent,” Alston said. “And I never thought Janet Jackson would respond back.”

Read more at The Philadelphia Inquirer about this unique Eagles dance.

Tags: 'All For You', Eagles, Janet Jackson, Marybelle Alston

'SWOOP' Shake at Wawa Supports Eagles and the Autism Community