'Shore Tea' Hit with a Trademark Challenge From Jeff Plate 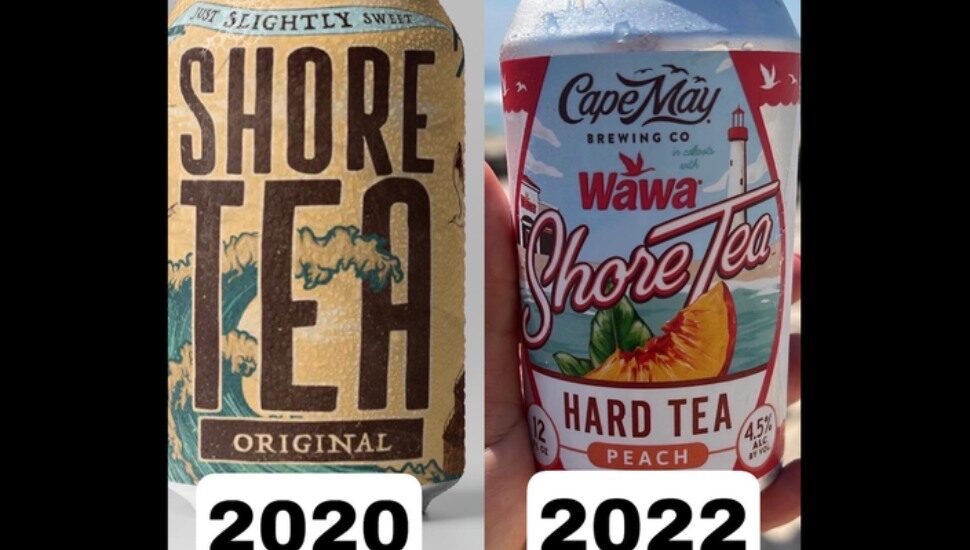 Image via Jeff Plate.
Jeff Plate's Instagram photo showing his Shore Tea can and the one from Cape May Brewing.

Now the co-founder and former owner of Asbury Park Brewery is filing a trademark infringement lawsuit, alleging he had the name first and pitched it to Cape May Brewing, writes Michael Tannenbaum for Philly Voice.

Jeff Plate claims he developed and trademarked the stand-alone hard tea product before the pandemic.

“I came up with a snappy name, Shore Tea. I liked that it kind of phonetically sounds like ‘shorty,’ and being from the Jersey Shore, it felt like a good idea.”

He says he unsuccessfully pitched it to Cape May Brewing this past spring and was surprised when the company collaborated with Wawa on it in July.

The brewery said the hard tea had been in development for six months and the name and branding had been selected and finalized in March 2022 before Plate gave his pitch.

Wawa spokesperson Lori Bruce said in an email that Cape May Brewing has “exclusive ownership rights” to the Shore Tea artwork and name.

Wawa is not a party in the lawsuit.

Read more at Philly Voice about Jeff Plate and his trademark challenge of Shore Tea.

Wawa's Got a Shore Thing--Shore Tea for the Summer