Wawa's Got a Shore Thing--Shore Tea for the Summer 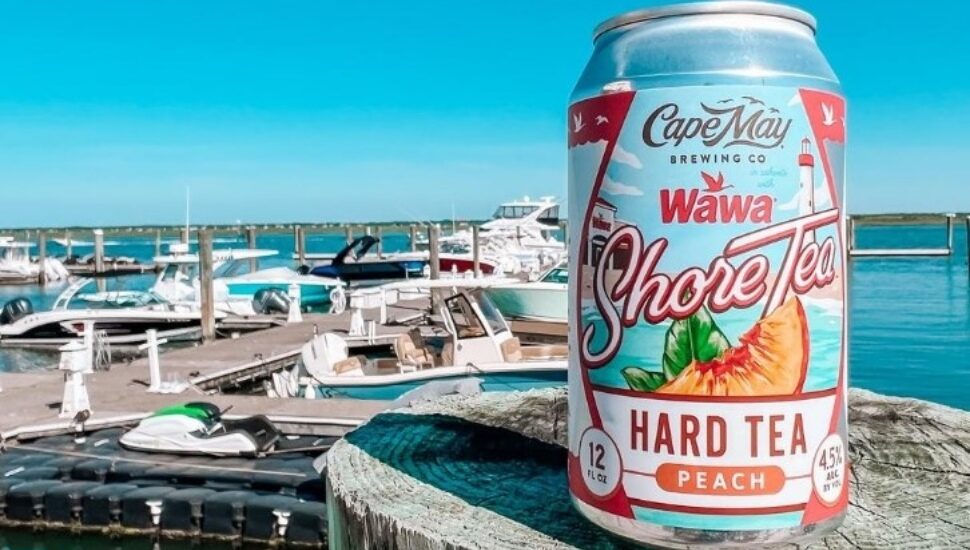 Shore Tea is brewed with Wawa peach iced tea but also contains alcohol by volume of 4.5%.

In Delaware County, the iced tea is available at the Wawa store at 721 Naaman’s Creek Road in Chadds Ford; at 1073 Baltimore Pike in Middletown and at Chichester and McCay Aves. In Boothwyn.

“We were excited when Wawa reached out to us with the possibility of collaborating,” said Ryan Krill, the CEO of Cape May Brewing Co. “We’re huge fans, and many of our crew members make Wawa a regular part of their routines.”

Check out this very unofficial review of Shore Tea created by Wawa and Cape May Brewing.