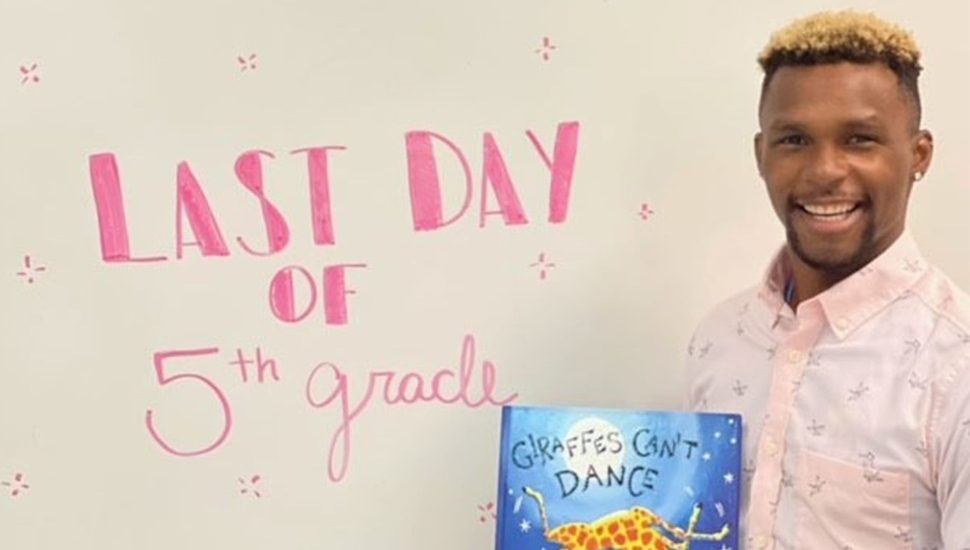 When the staff of Maple Point Middle School in Langhorne returned Monday morning and described their weekends, most of it was predictable. When instructional assistant James LeGette explained what he did Sunday, it was extraordinary. Rashad Grove covered this male Eagles cheerleader for Billy Penn.

LeGette spent Sunday at Lincoln Financial Field. He wasn’t in the stands.

He was on the field, part of the Philadelphia Eagles cheerleader squad.

LeGette is one of only two men on the Birds’ pep team, and one of a squad that is two-thirds female across the entire NFL.

Unofficially, LeGette has been cheering for sports his whole life. “Eagles fans. Phillies fans. Flyers. Anything Philly,” he said.

Much of his life revolved around dance. He is a Sesame Place alumnus who also teaches dance. Encouragement for the audition came from the 2019 hiring of Kyle Tanguay, the Eagles’ first male cheerleader in decades.

“I’m like: Well, a guy can do this too,” LeGette said. “He inspired me to actually try out and start breaking some barriers.”

Between games and community events, the performance schedule is rigorous.

“It’s a lot,” LeGette said, “but it’s also worth it to be out there with our community and helping out and giving back to others.”

More on LeGette’s journey to becoming an Eagles cheerleader is at Billy Penn.