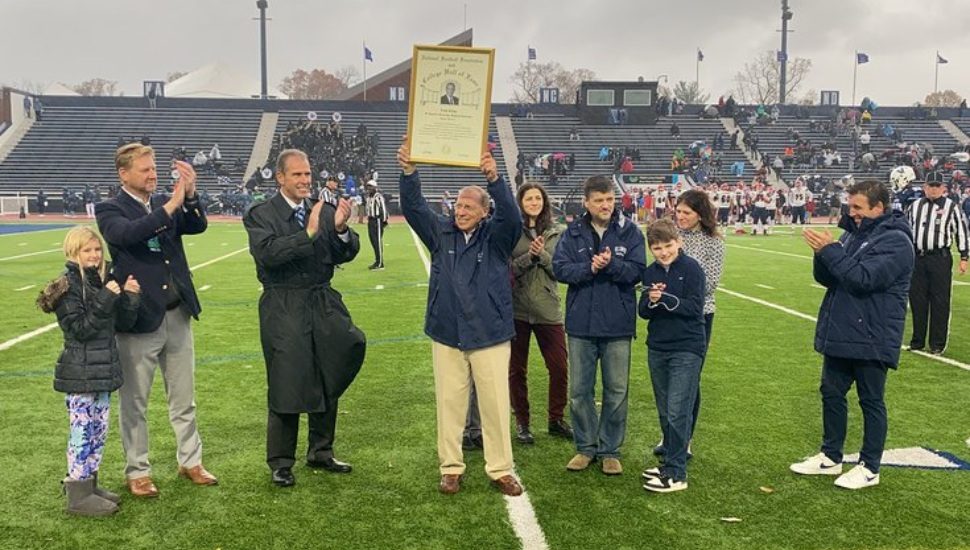 Andy Talley used to sneak into Villanova stadium in the 1950s to watch the Wildcat football team play.

Now he’s a former head coach of the team and the first Villanova coach or player to be inducted into the College Football Hall of Fame, writes Joseph Santoliquito for Philly Voice.

Talley, 78, helped resurrect the football program with former Villanova athletic director Ted Aceto when he took over as head coach in 1985.

Talley is Villanova’s all-time winningest coach, with a 229-137-1 record over 32 years. That includes a FAC National Championship win for the Wildcats in 2009.

There were 12 FCS playoff games under Talley.

Villanova actually dropped football in April 1981 for “weak attendance and monetary reasons” after a 6-5 season.

Alumni and students brought it back in 1984 and Talley was hired to make the program stay around.

He rebuilt the program from scratch.

“I never thought I would be in any hall of fame,” said Talley, a former Haverford High School graduate who lives in Bryn Maw and is now in six halls of fame.

With Retirement on Horizon, Haverford Alum Did It All as Villanova Football Coach

With No Eagles at This Year’s Super Bowl, Fans Focus Support on Villanova Grad Tanoh Kpassagnon