With Retirement on Horizon, Haverford Alum Did It All as Villanova Football Coach 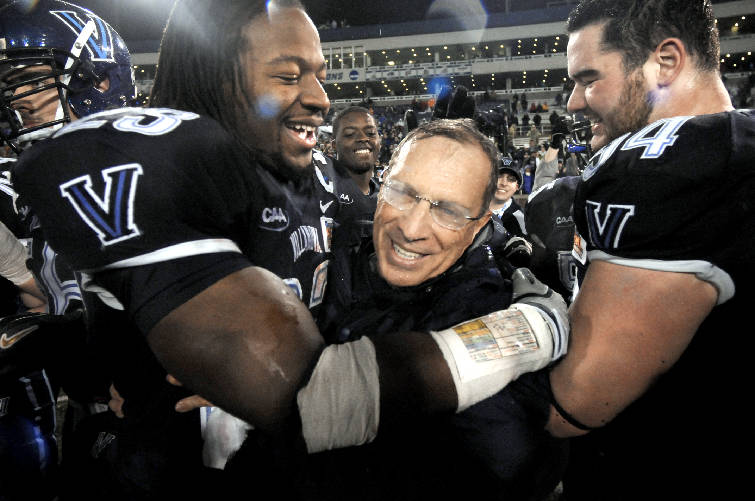 When Villanova football coach Andy Talley first came to work on Lancaster Avenue, his program had no players, no coaches, and no facilities, writes Paul Franklin for PhillyVoice.

Decades later, after not only reviving the program but also building a prototype for the Football Championship Subdivision level, the Haverford High School graduate is entering his 32nd and final season in charge of the Wildcats.

The 73-year-old Talley, a resident of Berwyn, plans to dedicate most of his free time in retirement to working with the National Bone Marrow Foundation.

It all started in 1991 listening to the radio when an oncologist spoke about the lack of donors and people dying needlessly every day. Talley thought to himself, “I have 90 healthy players, 90 potential donors.’’

He began contacting coaches at other schools, including Penn, Temple, West Chester, and Widener, and it grew from there.

Talley has been the driving force behind his own organization, “Get in the Game and Save a Life,’’ since 2008. He has now enlisted 80 college football programs in his bone marrow registration campaign. Last year, 11,000 potential matches were on his donor list. Next spring, he hopes to increase that to 15,000.

When Talley arrived at Villanova in 1984, the football program had been dropped since 1981. He started from the bottom, with no players, no assistants, and no facilities.

The Wildcats won the national championship in 2009.

In one month, a $20 million football operations building will open. The three-story facility will include a huge weight room, amphitheater that seats 110, training room, offices, a meeting room, locker room, video room, and entertainment center.