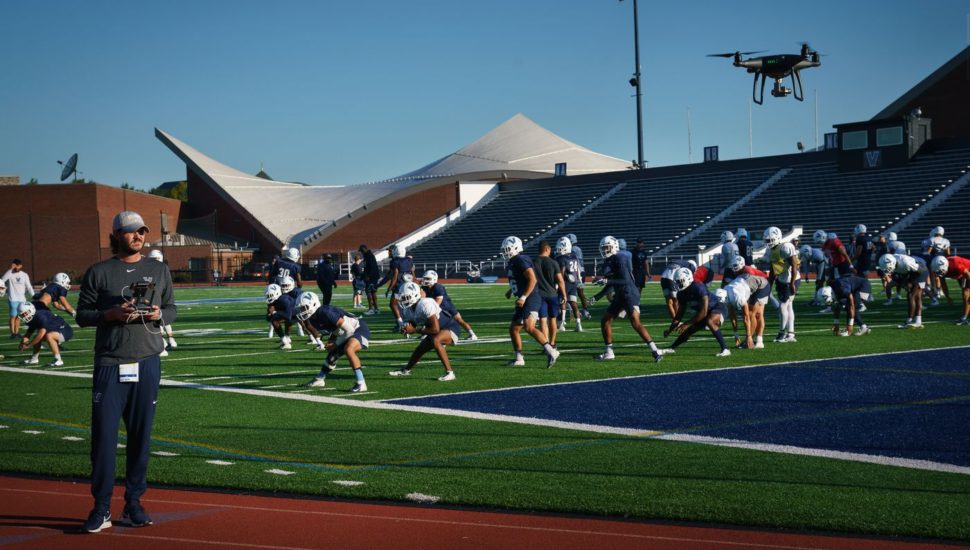 That perspective comes from a drone hovering 18 meters above the field, recording the practice and giving the football coach a clear look at his own players.

“I do think it’s a bit of a competitive advantage,’’ said Villanova video coordinator TJ Landis.

Villanova purchased a drone last season, then got a second one for this season.

Drones offer the advantage of showing the plays from every angle.

Originally, Landis said, he figured he would just use it for some cool video looks, “for recruiting, to put on Twitter. Then we filmed a couple of [practice] periods with it and the coaches were like, you’re filming everything with it.”

Drones in practice aren’t totally unique to Villanova, but they’re not in regular use yet, either.

A couple of coaches have said if they have to leave Villanova and go somewhere else, they’re going to ask for drones, Landis said.