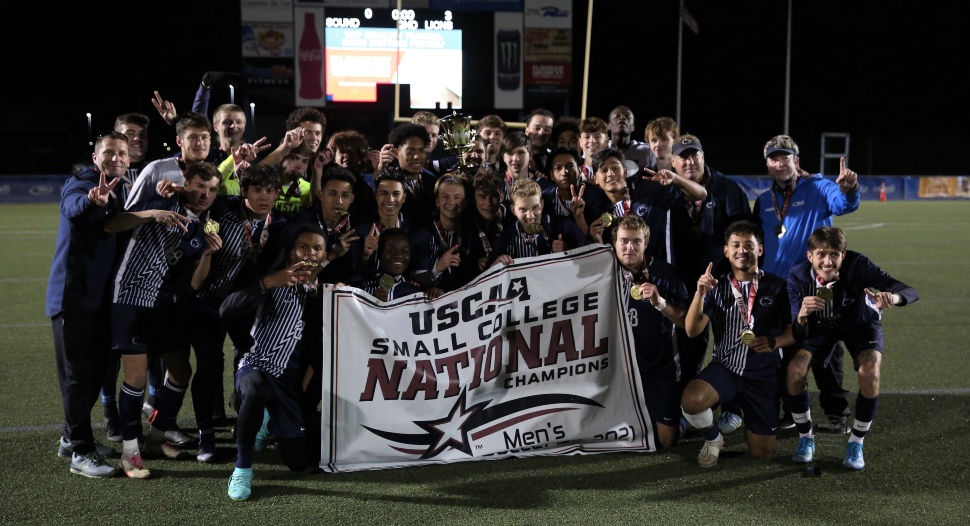 This is the second time in four years the third-seeded Lions have emerged triumphant in the United States Collegiate Athletic Association Division II Men’s Soccer, according to the Penn State Brandywine website.

Brandywine won its program-record 19th match of the season under the direction of Head Coach Tom Greenawalt.

It claimed two of the last three national titles after earning the campus’ first-ever championship in any sport during the 2018 season.

Brandywine got on the scoreboard early Monday night when Christian Zavala scored the opening goal just 2:45 into the match.

He was able to deposit the second goal and firmly secure the national title for Brandywine during the 80th minute.

The Lions’ top-ranked defense produced their 15th shutout of the season.

Brandywine limited Five Towns, which had scored 11 goals in two pool play games earlier in the week, to just two shots on goal. Player John Simpson turned aside both shots to tally his ninth victory of the fall and second consecutive shutout during the tournament.

Brandywine was unbeaten this fall during its final 14 matches (13-0-1),

Cairy was one of five seniors to play on both of Brandywine’s national championship-winning teams. Brandywine joined DuBois (baseball) and Beaver (women’s basketball) as the only campuses to win multiple USCAA national titles in one sport.