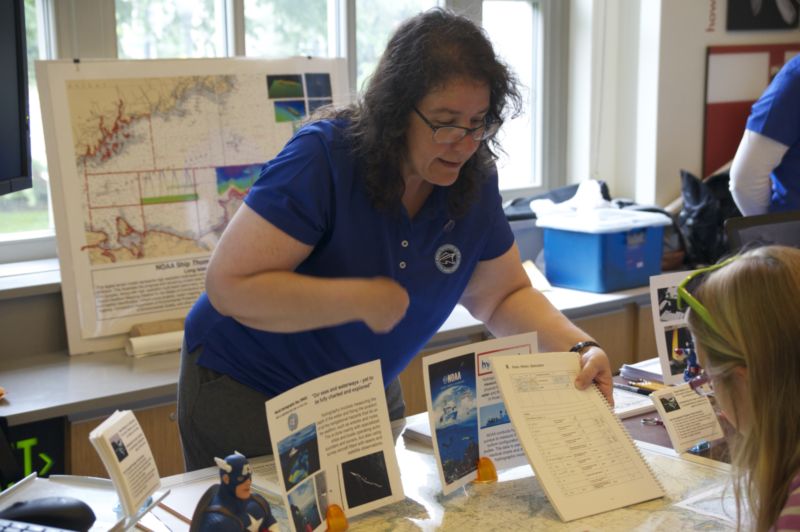 “They show them to their friends and talk about it,” she said. “I’m turning them into science educators and they don’t even know it.”

Temperature tapestries came about in 2017 when a man named Justin Connelly teamed up with his friend Emily McNeill, who worked in a knitting store.

He was worried that since global warming was seen by some politicians in power as a hoax, climate information would be purged from the government database.

The two assembled a kit of colored yarns that knitters could use to create scarves documenting local  temperature changes all year.

Knitters accessed National Oceanic and Atmospheric Administration  temperature data daily, and represented that data on the scarves in colors from sunny yellow to fiery red and icy blue.

It was called the Tempestry Project. Since then, they have sold more than 1,500 kits worldwide.

You can read more about the use of knitting to preserve temperature data here.