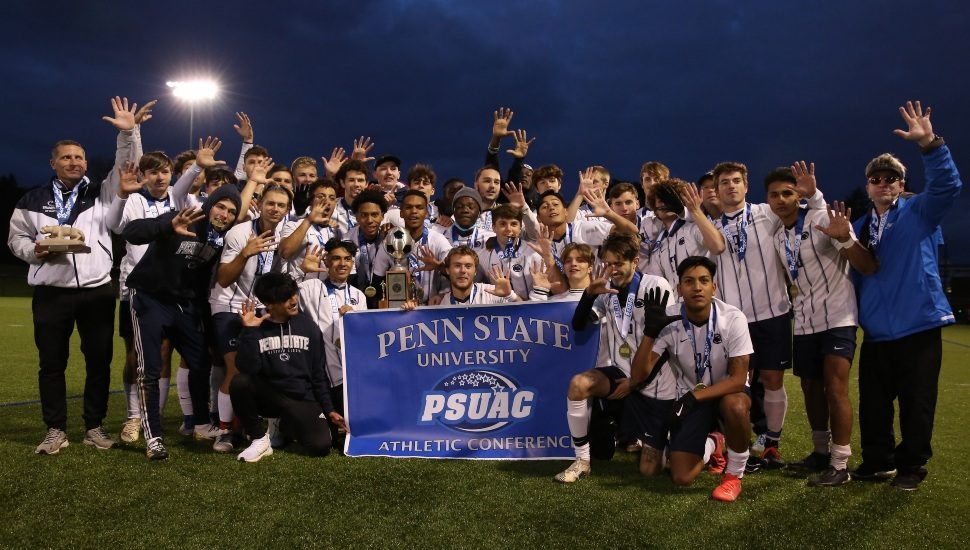 It was a scoreless game 90 minutes in, sending the teams into extra time.

A free kick for Brandywine was blocked but Freshman Alexis Cordova Bernal got the rebound, scoring the game-winning goal five minutes and 44 seconds into overtime.

It was Bernal’s eighth goal of the year and it gave the Lions their seventh title in the last eight seasons.

Lions’ net minder Elijah DeBooth got his second shutout of the season, stopping all of Lehigh Valley’s eight shots.

This fall, the Lions had nine shutouts in 12 matches against PSUAC opponents.

Brandywine is now undefeated against PSUAC opponents in 65-straight matches.

The Conference championship earned the team a shot at a second national title at the USCAA National Championship.

The Lions open Saturday in Virginia Beach against No. 2 Berkeley at 4:45 PM.

This Calls for a Celebration, Maybe at a Nearby Pub or Tavern. Get Your FREE Delco Brew Pub and Winery Guide.