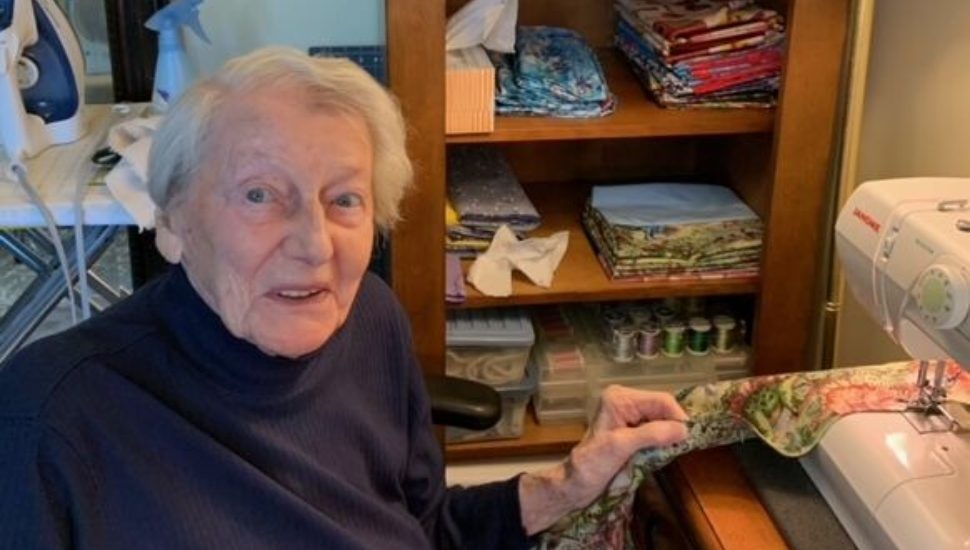 Caroline Emplit of Ridley is turning 100 on April 17 and has spent much of her life, before and after retirement, in service to children, writes Peg DeGrassa for the Daily Times.

Emplit served a 50-year career as a librarian at the Amosland Elementary School before retiring at age 96 from the Ridely School District.

Since then she has taken up sewing whimsical pillow cases for the patients at Children’s Hospital of Philadelphia, as well as other area hospitals.

She estimates she’s made 2,000 pillow cases for the nonprofit Case For Smiles.

Emplit was born in Claymont, Del. In 1921 and grew up in Eddystone. She attended Eddystone High School.

Emplit is being treated to a special birthday dinner this month by her children and their spouses. Everyone’s been vaccinated.

Emplit along with her son, Ray Emplit, his wife Jean; daughter Judy Mrelino and husband Sal, of Swarthmore; son Dave Emplit, his wife Carol; will celebrate at Not Your Average Joe’s restaurant.

Read more at the Daily Times about Caroline Emplit.

AwardsNavy Veteran From Chester Receives Birthday Drive By and a Flag on His 100thJanuary 27, 2021

CommerceWorld War II Vet Left School to Support Family. He Just Got His Diploma From Rose Tree This WeekOctober 9, 2020

UncategorizedEddystone Marks Site of Rifle Plant Where More Than a Million Rifles Were MadeNovember 16, 2019