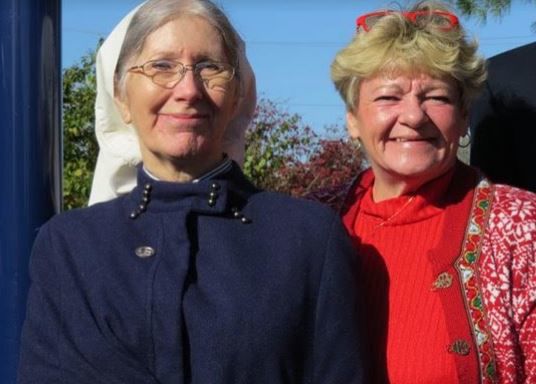 Barbara Selletti and Beth Gross take part in a ceremony honoring the Eddystone Rifle Plant. Image via the Daily Times.

The Eddystone Rifle Plant accounted for 47 percent of the total U.S. wartime production during World War I, producing more than a million rifles,writes Barbara Ormsby for the Daily Times.

It was the largest factory in the United Stated during World War I, located  on Simpson Street, across from 13th Street. The borough recently unveiled an historical marker designating the site.

“This site is one of the greatest achievement of World War I,” historian Kurt Sellers told the crowd at the unveiling.

The marker is the result years of effort by the borough Historical Committee and council.

The original building where the rifles were stored still stands. Unused rifles were put in storage and used in World War I.

Monthly production at one period in 1918 was 100,000 rifles. There was a work force of 15,000, with women accounting for 20 percent of the peak work force, and more than half of the Model 1917 rifles issued to U.S. soldiers were made at the plant.

Read more about this significant rifle factory in Eddystone here.