This Centenarian From Springfield Has Lived Through Two Pandemics 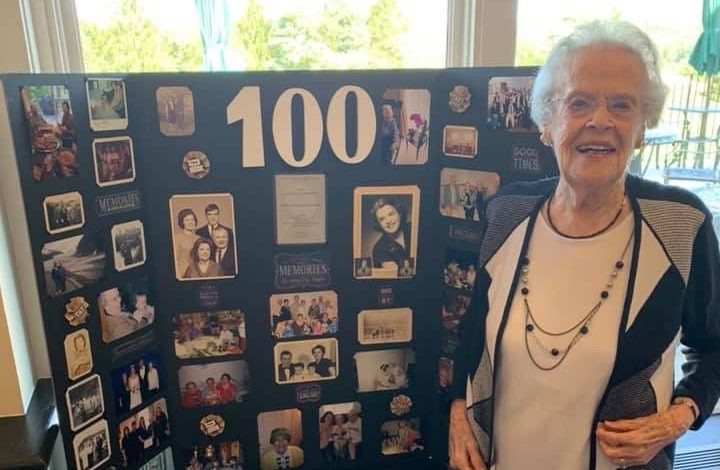 Helen McHenry is pictured at her century celebration birthday party last September. Image via submitted photo to the Daily Times.

This is Helen Edwards McHenry’s second pandemic.  The 100-year-old long-time Springfield resident, now at Lima Estates, lost her father to the Spanish flu in 1921 when she was 16 months old, writes Peg DeGrassa for the Daily Times.

The Spanish Flu, caused by the N1N1 influenza A virus, infected 500 million people in 1918, about a third of the world’s population.

This time around, McHenry has been sequestered since mid-March at Lima Estates due to the coronavirus. This latest virus has infected more than 7 million worldwide.

Though unable to see her family, she doesn’t mind the sacrifice, knowing how the Spanish Flu effected her family growing up.

“It made me feel safe that visitors could not come and go during this crucial time,” she said. “I never thought I’d live this long and I certainly never thought I would see another epidemic like this in my lifetime! However, I am totally confident that they’ll get a vaccination or at least a medication to help fight it.”

McHenry finally got outside recently with her son after three months now that Pennsylvania is in a yellow phase.