This Famous Historical Event Will Soon Jingle in Your Pocket 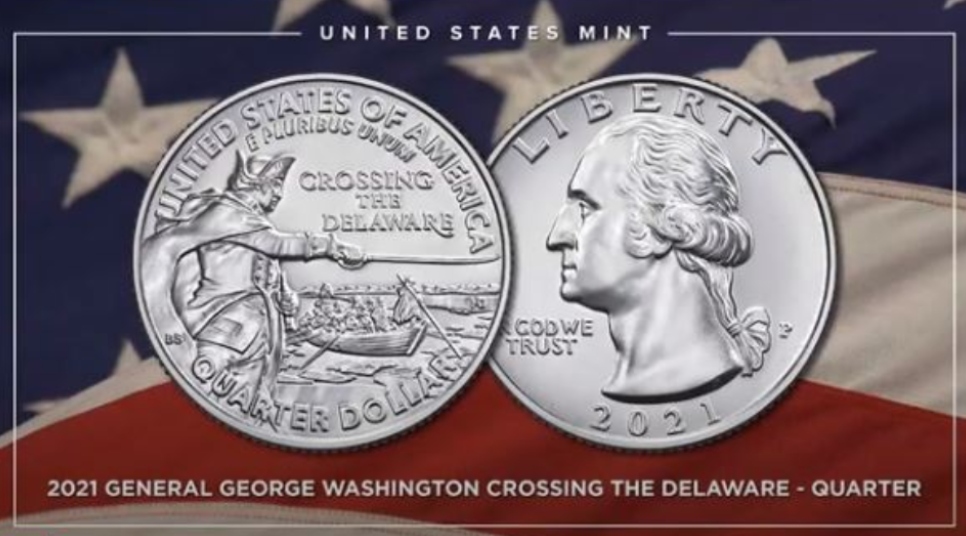 Starting April 5, the coins from buying your morning paper or breakfast sandwich may have imagery that resonates with those of us in the Philadelphia region, according to a press release from the U.S. Mint.

Unveiled late last year, the new Quarter Dollar commemorates the Christmas Eve crossing of Washington and his troops for a surprise attack on British and Hessian troops in Trenton. This pivotal maneuver in the Revolutionary War does not replace Washington’s left-facing portrait, rather, it shows up on the reverse — the “tails” side.

Two artisans worked on the depiction: Michael Gaudioso, a medallic artist from South Philadelphia, and Benjamin Sowards, an illustrator from New Mexico.

Washington is shown navigating the ice-choked waters of the Delaware River on Christmas night, 1776. The inscriptions read:

Washington Crossing Historical Park, the site of the embarkation, is currently open only for passive recreation, owing to pandemic restrictions.

For more information on this coin with local ties, see the website of the U.S. Mint.

MediaWashington Post: Under Cover of the 'Fight of the Century' Activists Broke Into FBI Offices in MediaMarch 9, 2021