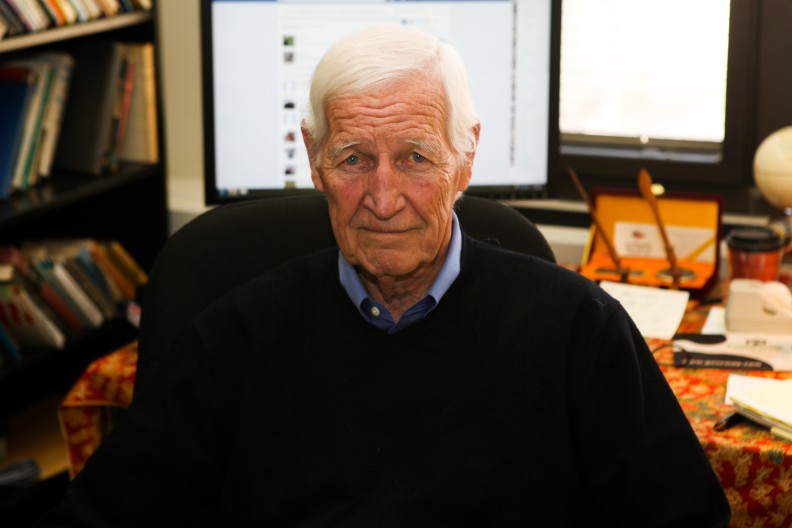 Image of John Raines via Paul Klein, The Temple News.

John Raines – Temple University professor, ordained Methodist minister, and one of eight citizens who broke into the FBI’s office in Media in 1971 to expose J. Edgar Hoover’s illegal spying practices – has died at the age of 84, writes Annette John-Hall for WHYY.

The impact of Raines’s action was profound, forever changing the way the FBI conducted its investigations.

“It was so important to him to be not only a scholar and academic, but equally important was his social activism,” said his wife, Bonnie.

She also emphasized that while everyone in the group helped with the planning and execution of the break-in, it was Raines who sent the documents to Washington Post reporter Betty Medsger. The resulting article led to congressional hearings, which changed the course of the FBI.

The eight people kept the secret for decades until Raines admitted his role to Medsger at a dinner party. Medsger later published a book, entitled The Burglary, and it made Raines famous.

“What it led to was the public, for the first time, saying intelligence agencies must also be held accountable just like other government agencies,” said Bonnie Raines.

A memorial service will be held at Christ Church in Philadelphia on Dec. 2.