Despite COVID Delays, Villanova Took Wins, But There's Work Needed to Catch Up 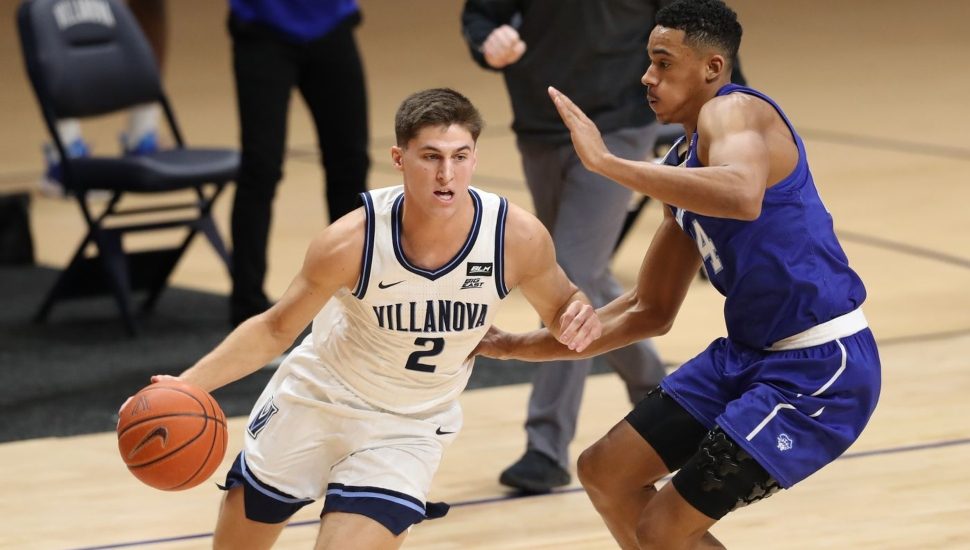 COVID-19’s making it a tough season for men’s basketball at Villanova University even as they squeaked out a win Jan. 19 against Seton Hall, 76-74, at their first game in 27 days and continued with a 71-56 win against Providence Jan. 23, writes Joe Juliano for The Philadelphia Inquirer.

The team had already been quarantining, with no practices and no games, after staff members, including coach Wright, tested positive Dec. 26.

The team had hoped to start a practice Jan. 3 after nine days of negative test results when the two players tested positive.

One of the players was also recovering from a calf injury and had only one day of practice before the game.

Read more the Villanova Wildcats at The Philadelphia Inquirer.