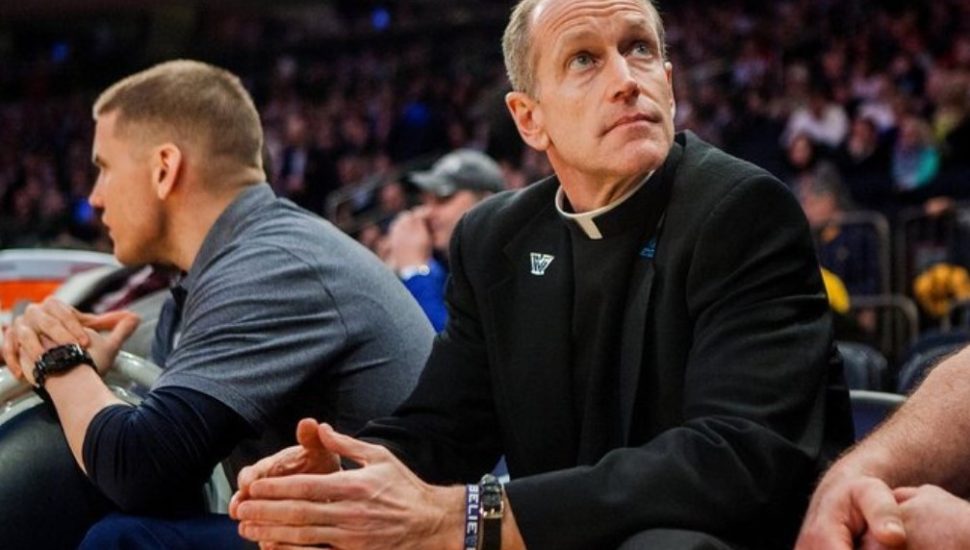 Image of Rev. Rob Hagan via The New York Times.

The Rev. Rob Hagan has had a hand in the Villanova men’s basketball team’s success for more than a decade, writes Zach Schonbrun for The New York Times.

Coach Jay Wright and Father Hagan have worked together since 2004, nearly the start of Wright’s tenure with the Wildcats.

Father Hagan’s approach to support is just to be there to listen. As an associate athletic director and a priest of the Order of St. Augustine, he lives on campus and travels with the basketball team.

He also serves as a counselor and confidant, building relationships that transcend the basketball court, as he performed the wedding of former Wildcats star Randy Foye and has baptized the children of other former players.

“They have a million people telling them what to do,” Hagan said. “Sometimes it’s nice to just be the person that gets to listen.”

Father Hagan attended Villanova and graduated from Widener’s law school. He was a lawyer for seven years before becoming ordained as an Augustinian in 2003.

Click here to read more about Father Rob in The New York Times.