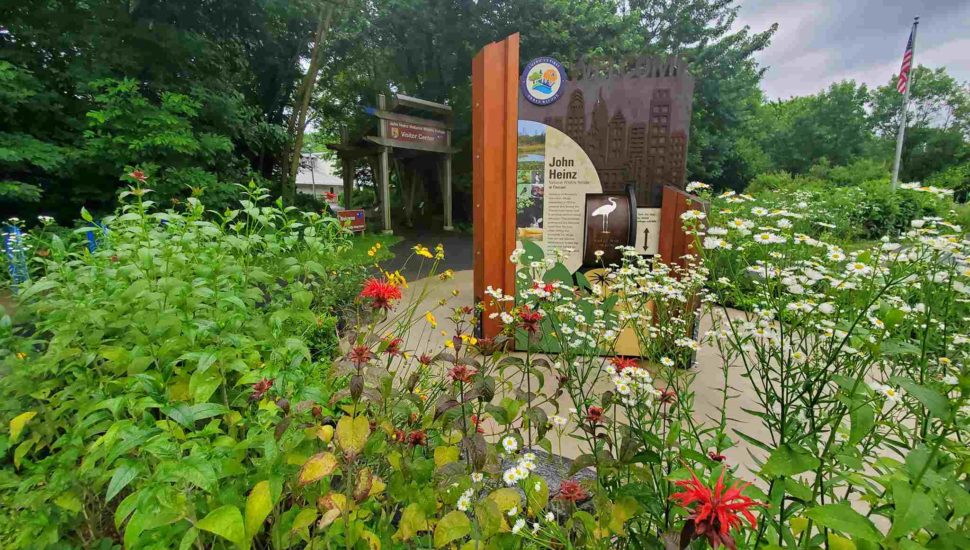 The John Heinz National Wildlife Refuge in Tinicum has emerged as a welcome retreat for those seeking escape outdoors from the pandemic, writes Victor Fiorillo for Philadelphia Magazine.

The surprisingly large Refuge off I-95 features  1,000 acres of wetlands and forest between two Southwest Philadelphia neighborhoods, the airport and populated Delaware County.

This is America’s first urban refuge and its managed by Lamar Gore, who’s been there since 2014.

He describes the place as “magical.”

“Heinz is in one of the most developed areas in our country, but when you enter through the gates, you see all of this life. You can tune out the hustle and bustle, listen to the birdsong,” he said.

Fish jump out of water and Eagles swoop down to catch it. Deer walk past you in the woods. There are more than 300 species of birds that inhabit the Refuge.

Gore has been interested in nature and wildlife since his early years in Trenton, playing in the streams, ponds and marshes of the Delaware River.

He ultimately realized that you can’t do conservation right if you don’t engage, work with and celebrate nature with the community surrounding it.

Heinz Wildlife Refuge, Plagued With Too Many Deer, Has a Hunt Set This Weekend