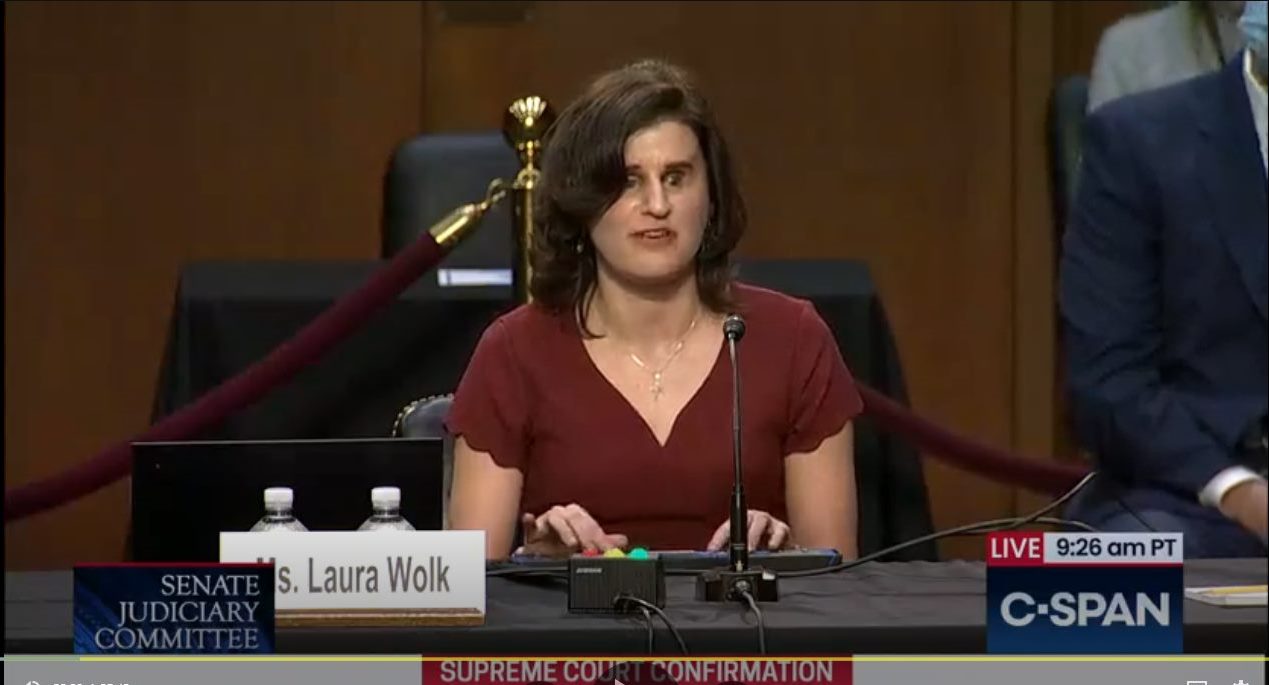 Laura Wolk testifies before the Senate Judiciary Committee. Image via C-SPAN for The Morning Call.

Barrett mentored Laura Wolk and helped her achieve her goal of becoming a law clerk at the high court.

Wolk has been totally blind since infancy from retinal cancer. She practices law in Washington and clerked for Justice Clarence Thomas in 2019.

While a first-year law student at Notre Dame University, Barrett, one of her professors, reached out to help her when Wouk was struggling to keep up because of inadequate accommodations for her condition.

“I’m proud of Laura as a successful blind adult from the perspective of a parent who raised her with all the hope that she would be successful among her sighted peers,” said her father, Michael Wolk.

Read more about Laura Wolk at The Morning Call.