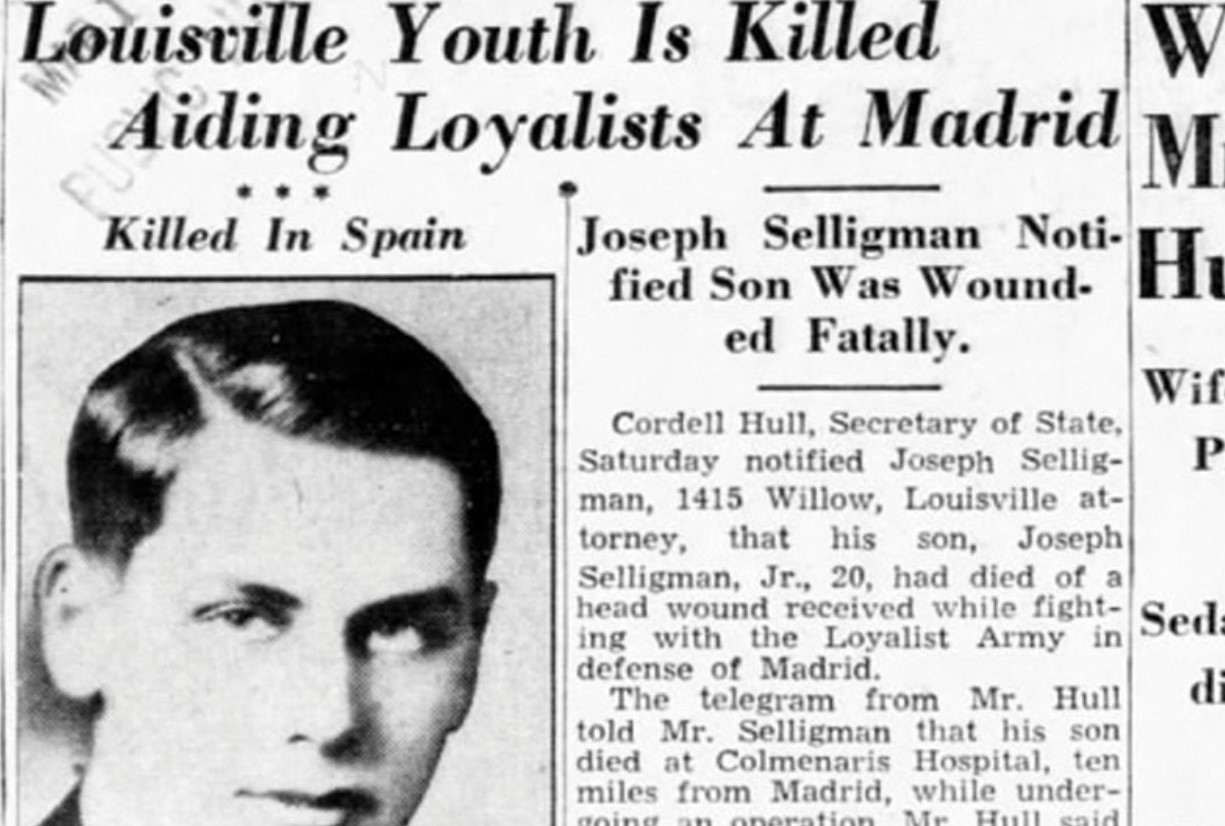 Joseph Selligman, the Swarthmore College student who disappeared from campus to fight the fascist forces in Europe in 1936, was the first U.S. casualty of the Spanish Civil War, writes Mark Dixon for Main Line Today.

Selligman enrolled at Swarthmore, where he majored in psychology and was the editor of the literary magazine The Manuscript.

He left the college at 19 years old to aid in the struggle against the fascist uprising of Francisco Franco. Due to his age, he had to forge his papers to appear two years older, the minimum age for recruiting.

When his family found out where he was, he insisted he was working away from the danger as a driver and interpreter. However, three months after he arrived in Spain, he ended up in combat and got wounded in the head. Sadly, he did not survive and was buried in a mass grave.

Despite his family’s efforts to retrieve his body, the only things that made it back to America were his Kentucky driver license and his Swarthmore College gym card.

Read more about Joseph Selligman in the Main Line Today by clicking here.