Mike Jensen: Jay Wright May Be the Right Man for the Sixers But Are They the Right Team for Him? 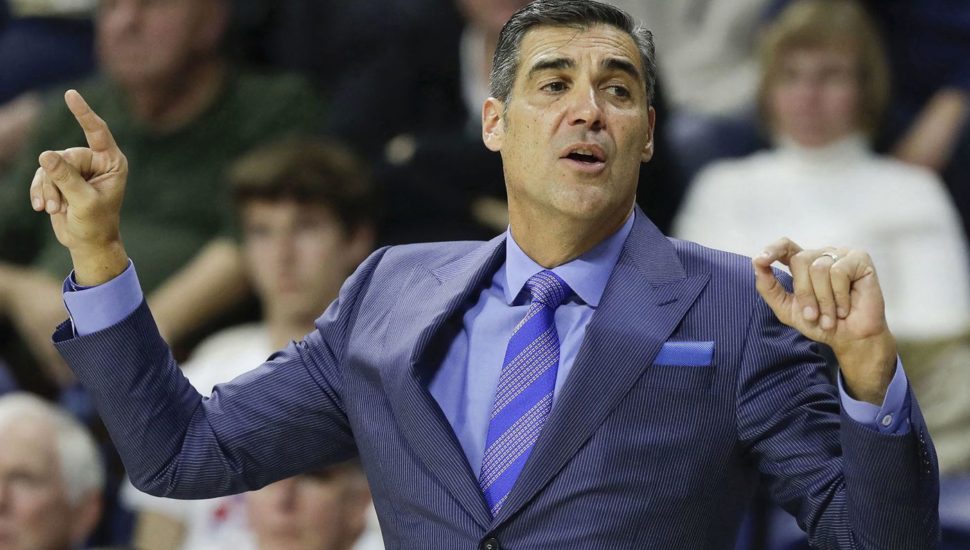 Even if the Sixers ownership could come up with a strong offer for Villanova head coach Jay Wright   that doesn’t mean he would take the job, writes Mike Jensen in an opinion column for the Philadelphia Inquirer.

Last year, everyone thought Wright would be the new coach for the Knicks but that didn’t happen.

So maybe now after two NCAA titles, Wright is looking for a new challenge?

Jensen disputes that, too. Wright has new challenges all the time, including making history.

Wright is a legend in this city.

The NBA wouldn’t give him the 100 percent control he has at Villanova, where he put his personal mark on their successful college hoop culture.

The Sixers ownership is the same one that meddled in the draft several times, when Wright’s own star player, Mikal Bridges, liked by Sixers former coach Brett Brown, was traded.

“What none of them say is that he’s the wrong man for the job.”

“What I say … Are we sure the Nets isn’t the better job?”

Forbes: Are the New York Knicks in Jay Wright’s Future?