Forbes: Are the New York Knicks in Jay Wright's Future? 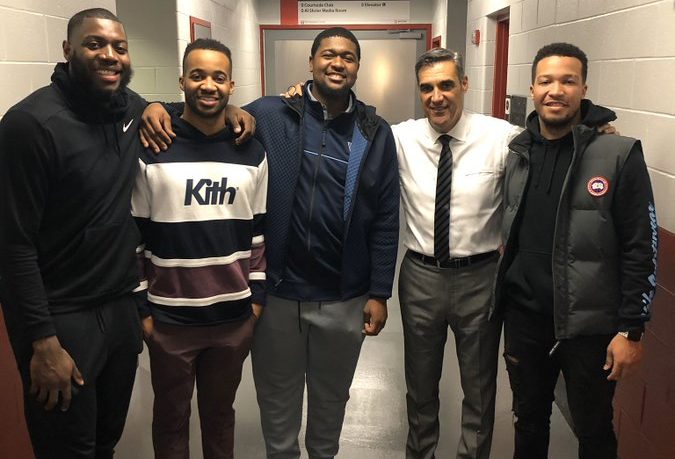 Villanova coach Jay Wright as head coach of the Knicks?

Could be, according to League sources, writes Adam Zagoria for Forbes.com.

“There is a strong possibility that Jay Wright in New York could happen,” one league source said.

Wright himself is not talking. Neither is Villanova.

Wright had a shot at the Knicks two years ago but decided to stay at Villanova.

The Knicks are expected to replace interim coach Mike Miller in the offseason once the new president Leon Rose officially takes over.

Wright has always decided to stay at Villanova even when approached by the NBA and other schools.

At Villanova, he has won two of the last four NCAA championships, been to three Final Fours and twice been named the Naismith Coach of the Year.

Read more about Jay Wright and the Knicks here.