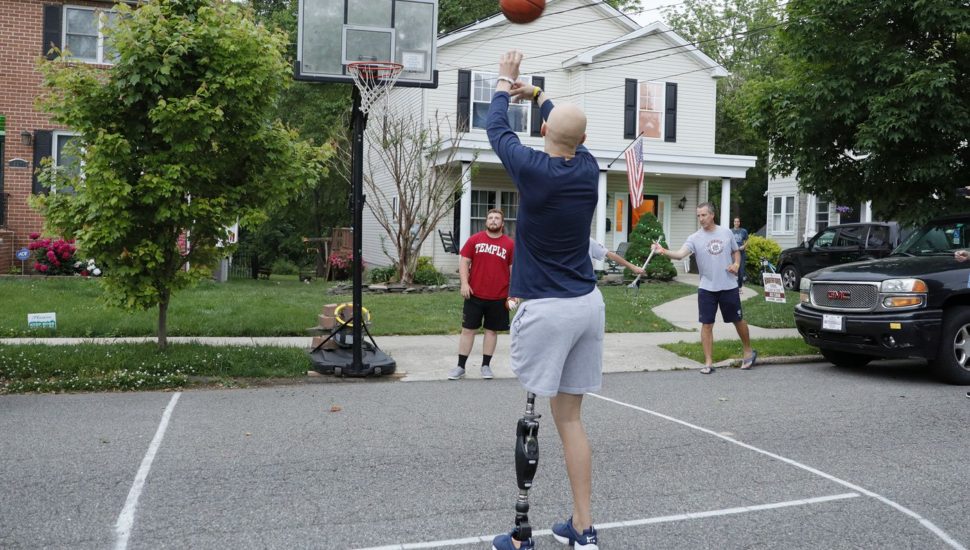 Jack Cloran, a Haverford School graduate, is not letting the loss of his leg to cancer change who he is and affect his sense of humor.

Jack Cloran of Havertown is not letting the loss of his leg to cancer change who is, writes Mike Jensen for The Philadelphia Inquirer.

The Haverford School graduate s still shooting hoops and still entertaining everybody around him with his sense of humor, now more than ever.

“I just try to look at the bright side of everything,’’ said Cloran.

Cloran first noticed something was wrong with his leg during the last football season. The young athlete felt something pop during a drill in August, but despite the constant discomfort, he finished off the season. However when it was time to play CYO basketball for St. Denis, he realized he would not be able to manage it.

Then after several doctor and specialist appointments, he received his diagnosis: osteosarcoma, a type of cancer that creates immature bone. While he was waiting for surgery, his leg broke, making the amputation his only option.

Since then, Cloran has received his new prostatic and has already mastered its use. He is now spending time playing basketball with his brother and preparing for his first year at Penn State.

Read more about Jack Cloran at The Philadelphia Inquirer here.