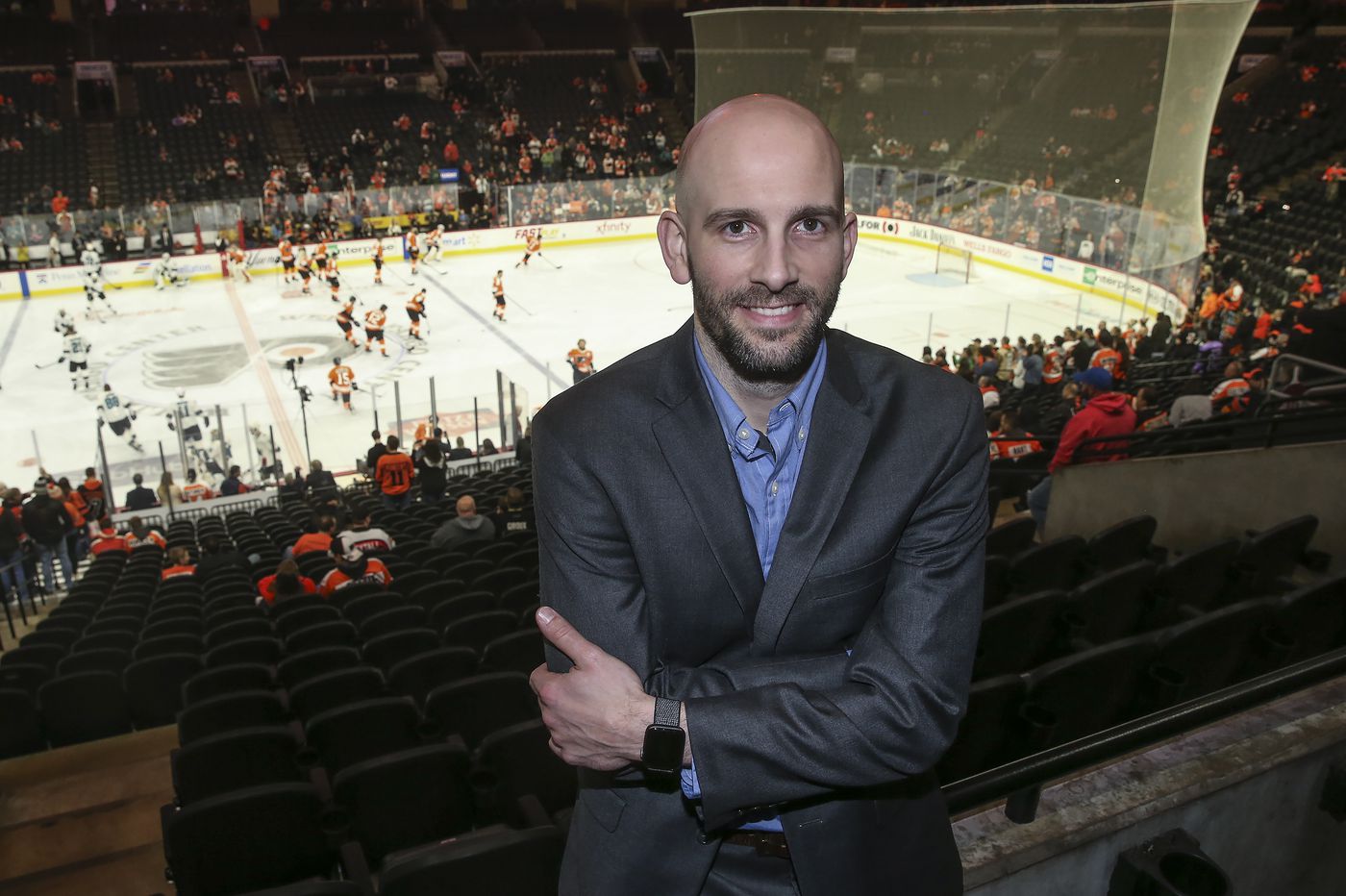 Justin Kowalkoski of Media is a lifelong fan of ice hockey.  Good thing, because he’s also on standby as an emergency goalie should the need arise, writes Bob Ford for The Philadelphia Inquirer.

Each franchise has emergency backup goalies if a team loses both goaltenders to injury or illness during a game.

It hasn’t happened often; only three times in the 75-year history of the game.

It actually happened last Saturday, when David Ayres, the 42-year-old manager of a minor league Toronto arena, played most of the second period and all of the third period for the Carolina Hurricanes.

Kowalkoski, 33, has been an emergency backup at Wells Fargo Center since the 2017-18 season.

He has worn the jerseys of the Penguins, Canucks, Red Wings and Senators, but so far he hasn’t gotten on the ice.

For his time, the Flyers give Kowalkoski a seat in the press box and dinner.

And so he watches the game with the other fans, waiting for that opportunity.

“You can never predict how a game is going to play out. In my wildest dreams, I would play an entire game and get a shutout. In reality, I hope I would hold my own.”